Ulster Bank to sell €800m of mortgages to CarVal

The portfolio includes 2,800 owner-occupier loans with a face value of €715m 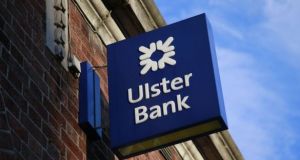 Ulster Bank said that it will be in contacted with all affected customer “at the appropriate time to help them as their loans transition to the new owner.”

Pepper Finance Corporation (Ireland) DAC will become the legal owner and Servicer of the mortgages, the bank said in a statement on Tuesday.

The size of the portfolio has shrunk by €100 million since it was put on the market at the start of July as a number of borrowers entered sustainable restructuring arrangements with the bank.

A spokeswoman for Ulster Bank declined to put a value on the discounted price of the transaction.

The portfolio includes 2,800 owner-occupier loans with a face value of €715 million, where the average amount due in arrears stands at €36,000 and the average number of missed payments is 28 months, according to the bank.

It also includes 375 buy-to-let (BTL) loans, where the average arrears amounts to €31,000 and average period of default is 17 months.

The owner-occupier loans in the book have been through an average of five forbearance arrangements, Ulster Bank said. The figure stands at an average of three for the BTL portion, it added.

“Our preference is to work with customers to find a solution that keeps them in their home while paying a mortgage that is affordable for them in the long term. This is not possible for every customer,” the spokeswoman said.

“For mortgages that are not sustainable, additional forbearance will not bring them back to a performing position and we are obliged to reduce the level of non-performing loans on our balance sheet.”

Ulster Bank said that it will be in contact with all affected customers “at the appropriate time to help them as their loans transition to the new owner”.

Banks in Ireland have ratcheted up loan sales in the past 18 months as they rush to lower their non-performing loans (NPLs) ratios to below 5 per cent, in the face of rising political and public opposition.

The level of NPLs stood at 7 per cent of the banks’ combined loans at the end of June, down from a peak of 30 per cent in 2013, Minister for Finance Paschal Donohoe said last week in a written response to a parliamentary question last week, citing Central Bank data.

“In volume terms, NPLs in domestic Irish banks have now fallen by €70.2 billion (82 per cent) from peak in 2013,” he said, adding that banks’ restructuring of 109,000 mortgages has been a “major contributor” behind the decline.

“Despite this progress, more work is required before the NPL ratios at the Irish banks reach the European average of under 4 per cent,” he said.

Ulster Bank, which required a £15.3 billion (€17 billion) bailout from its parent Royal Bank of Scotland during the financial crisis, has seen the size of its balance sheet fall by more than 50 per cent to €29.5 billion over the past decade as a sell-off of commercial real-estate loans earlier this decade was followed in recent times by mortgage disposals.