Where the Irish Water consultancy fees are going

The firms awarded contracts worth €85.97m have a long relationship with Bord Gáis and Dublin City Council 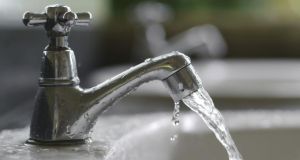 In addition to the big players, the list includes an assortment of recruitment firms, law firms, engineering contractors and economic consultants.

IBM also won the contract to deliver the asset management and capital expenditure plan. This will be used by Irish Water to plan when, where and how much to invest in the water network. It will be based on three existing systems used by Bord Gáis: Maximo, Click and Syclo.

IBM has previously won State contracts with Bord Gáis and ESB, and has also worked with Dublin City Council when John Tierney was the city manager. It oversaw a business coaching service during the council’s 2010 Innovation Week and has also developed a traffic monitoring programme.

It also won two major consulting contracts in 2011 for Bord Gáis, Irish Water’s parent company, covering data hosting, managed IT services and market assurance. In 2012, it won another major contract, this time with ESB, for a cloud-based system for its electric car charging system.

It will help it develop a suite of IT operating procedures across a variety of functions, including systems testing, data modelling and IT security.

Accenture also won the contract to develop what is known within Irish Water as the “target operating model”. This is essentially a list of policies and action plans to establish functions such as recruitment and training, and to advise it on how to design the organisation in terms of what sort of professionals it needs to hire and how many. It will also develop Irish Water’s “guiding principles”.

Lastly, Accenture is being paid to provide overall “programme management” services, including liaising with the Government and officials.

It has also previously won lucrative State work. In 2012, it provided the Government with a free analysis of the nursing home support scheme, but it also won a paid contract to provide a HR “shared service centre” for the Civil Service. It was paid €354,000 for phase one of that project.

In 2011, it also advised Bord Gáis on splitting the business into separate networks and energy divisions to meet European rules.

While Tierney was Dublin city manager, he also worked with former Accenture chairman Terry Neil on the Designing Dublin initiative, which was tasked with coming up with ideas for overhauling the recession-hit Dublin area of Clongriffin.

The contract also covers project management services for myriad other functions, including employee relations, facilities management and pensions. E&Y will also liaise with the central programme management office, where it will work alongside Accenture, and is supposed to ensure that the office’s policies and procedures are properly implemented.

E&Y, whose accounting arm audited the books of Anglo Irish Bank, is a veteran of the State contracts scene, mainly on the administration side.

In 2010, it was paid about €240,000 by the Central Bank for consultation on its bank stabilisation measures. The Department of Finance also paid it nearly €200,000 for a study of corporate tax in the same year.

Dublin City Council also paid it a reported €240,000 for consulting services in relation to waste management, under the tenure of former city manager Tierney.

A&L Goodbody
€2.9 million
A&L Goodbody is one of two law firms hired by Irish Water to provide “legal services” in areas such as setting up the company, procurement and regulation.

The firm is one of the biggest solicitors’ practices in the country, employing 420 lawyers in Dublin and Belfast, as well as in Britain and the US. State agency New Era last year hired it to advise on the sale of Bord Gáis Energy, the retail division of the group that is responsible for Irish Water.

The firm recently lost two clients over a conflict of interest related to the National Lottery. A&L Goodbody advised the successful Camelot-An Post consortium on its bid for the new licence recently sold by the Government. However, it subsequently emerged that it has also been acting for charity Rehab, which operates its own draw and is suing the State for alleged breaches of EU competition law.

It is one of a plethora of advisers that have worked for State assets agency, Nama, and up to 12 months ago, had earned more than €2.5 million for advice given to the organisation.

Outside the State, it recently acted for pro-golfer Rory McIlroy in his split with his agent, Horizon Sports Management.

KPMG
€2.2 million
Irish Water hired the accountancy firm to provide quality assurance services and to report back to the new utility’s senior managers and board on whether or not the “programme is fit for purpose for what it was designed to achieve”.

Last year its insolvency specialists Kieran Wallace and Eamonn Richardson were appointed special liquidators of IBRC, one of the biggest contracts of its kind in the history of the State.

The pair essentially have to wind up the bank that played a key role in the Republic’s financial meltdown in 2008 and subsequent recession. Part of this role involves selling a series of loans secured against properties and businesses around the State. They began this work late last year.

KPMG will be working for the Central Bank in assessing Bank of Ireland’s balance sheet as part of an overall exercise, directed by the EU, to establish if the Republic’s financial institutions have enough capital.

More recently, the firm was appointed as external auditor to insurer RSA Ireland, following the discovery of accounting irregularities at the business.

McCann Fitzgerald
€975,000
McCann Fitzgerald is the second solicitors’ firm hired by Irish Water. It is one of the country’s biggest, employing about 300 solicitors in offices in Dublin, London and Brussels. It is already familiar with Irish Water’s owner, Bord Gáis, as it advised the group on the sale last year of its energy business to a consortium led by British utility Centrica.

The firm has also acted for the special liquidators of IBRC(the former Anglo Irish Bank), Kieran Wallace and Eamonn Richardson. Midway through 2013, McCann Fitzgerald and accountants Deloitte were engaged to investigate the leaking of the so-called “Anglo tapes” to the media.

The firm had to step aside from its role as adviser to the administrators of Quinn Insurance, Michael McAteer and Paul McCann of Grant Thornton, in their legal action against the underwriter’s auditor, PricewaterhouseCoopers, after it discovered a conflict of interest.

McCann Fitzgerald is another firm that has advised Nama. Figures released last year show that up to the beginning of 2013, the firm had earned €2.4 million in fees from the State’s bad bank.

Last year, it acted for another State agency, the National Roads Authority, when it was awarding the €282 million contract for upgrading the N7/N11 Limerick-Cork-Waterford-Dublin road to construction group BAM.

Others
€13.3 million
An assortment of 24 other firms also landed Irish Water contracts, ranging from €70,000 to a company called Tech Skills, to €2.1 million to financial powerhouse PricewaterhouseCoopers.

Included on this list is €262,000 to RPS Consulting Engineers, which previously won €32 million worth of contracts from Dublin City Council. Irish Water’s head of asset management, Jerry Grant, was the managing director of RPS (Ireland South) until mid-2012.

Other smaller contract awards went to Deloitte and Touche, which also previously worked on the ill-fated PPARS IT scheme for the HSE.