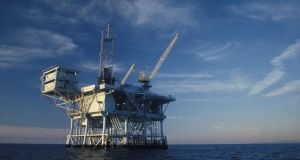 Tullow Oil, which has not paid a dividend since 2014, is likely to hold off on shareholder payouts for at least the next two years as it concentrates on lowering its debt burden, according to Standard & Poor’s, one of the world’s leading credit ratings agencies.

S&P upgraded its outlook on Tullow Oil’s creditworthiness to “stable” from “negative” after the oil explorer raised a net $724 million (€659 million) from a share sale last month, though it continues to rate the company “B”. That’s five levels below what S&P considers to be investment grade.

The equity injection gives Tullow Oil “some leeway” over the next 18 months as it navigates risks relating to a planned ramp-up in production at the Ten oil field off Ghana, where it began production last year, and return its flagship Jubilee project to full production. The deal has cut the company’s net debt to about $3.9 billion from $4.8 billion at the end of last year, S&P said, adding that the group is unlikely to pay dividends on its 2017 and 2018 earnings.

Output at the Jubilee field was disrupted last year as a result of technical issues on its floating production, storage and offloading vessel.

“We understand that Tullow aims to implement a long-term solution to the floating production and offloading unit at the Jubilee field in the second half of the year, for which he works required will include a shutdown of up to 12 weeks,” S&P said.

The company also hopes to start drilling more wells at the Ten field in 2018. This will be subject to the outcome of an international sea tribunal assessing a border dispute between Ghana and neighbouring Ivory Coast, which has affected drilling in the region.

Tullow Oil faces into refinancing more than $3 billion of a debt facility later this year.