Saudi Aramco loses its ‘in perpetuity’ oil and gas rights 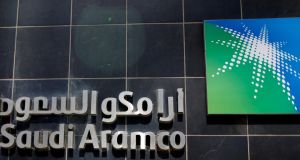 Saudi Aramco’s concession agreement has reduced the time it can explore and develop resources to 40 years. The previous contract gave it access in perpetuity. Photograph: Ahmed Jadallah/Reuters

Saudi Arabia has cut the length of time that its state energy company has exclusive rights to the kingdom’s vast oil and gas fields, raising questions about Saudi Aramco’s long-term production and revealing a power struggle between the company and the government.

Saudi Aramco’s concession agreement with the state has limited the amount of time in which the group can explore and develop resources to 40 years – from a previous contract that gave it access in perpetuity. There will be an option to renew the contract.

The move, three people briefed on the matter said, came as part of the kingdom’s preparations for a stock market flotation of Saudi Aramco, which has been indefinitely delayed.

Energy minister Khalid al Falih, chairman of Saudi Aramco and former chief executive of the company, has insisted the kingdom is committed to a listing, despite mounting signs that the country is unable or unwilling to execute the flotation.

Mr Falih said last week that a new concession contract had been agreed as part of the initial public offering process, which also included overhauling Saudi Aramco’s financial reporting and undertaking an independent audit of its energy reserves, without disclosing terms.

The Saudi energy ministry said that the new contract was “one of several important steps undertaken to prepare Saudi Aramco for being listed”, adding that the government was committed to “proceeding with the IPO, when conditions are optimum, at a time of its choosing”.

The legal change sought to formalise the relationship between Saudi Aramco and the state, ahead of opening up the company to potential foreign investors, the three people said. It also suggested that the ambitions for a listing were for a sale of more than 5 per cent of the company.

With the listing halted, those close to the company said it had been a pointless exercise that had only served to exert ministerial control over Saudi Aramco, which had fought to keep its rare evergreen contract. – Copyright The Financial Times Limited 2018