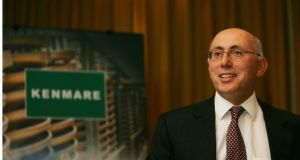 Irish mining company Kenmare Resources has reported cumulative product exports of more than 3.5 million tonnes from its Moma Mine in Mozambique.

In a trading update this morning, the company said its focus for 2014 was to increase production and identify operational efficiencies to reduce unit costs.

Despite the general weaker market conditions, the company said offtake of Moma ilmenite in the fourth quarter of 2013 was reasonably robust, with shipments increasing by 60 per cent to 226,600 tonnes over the previous quarter.

“I am delighted to see the positive contribution made by the expanded facilities and anticipate that production will continue to improve as we work with local authorities to manage the power supply issues. Kenmare will use the leverage of additional production capacity to drive down unit costs,” Kenmare Resources managing director Michael Carvill said.

Mr Carvill said one of the key operational challenges for Moma has been the reliability of power supply. A number of initiatives were undertaken by Kenmare to enhance transmission capacity and address power instability issues including an upgrade of the transmission grid and the installation of voltage stabilisation equipment.

Despite these initiatives, electricity supply has been subject to unplanned outages that have disrupted production.

In respect of company’s capital structure, Kenmare said it was in on-going discussion with lenders with a view to optimising the terms of the project financing.

“We are also encouraged by improvements in the level of global economic activity, which should ultimately flow through to improved feedstock and zircon demand,” Mr Carvill said.