Is Petrel running out of drive? 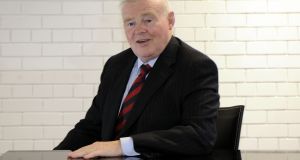 According to Petrel’s John Teeling, ‘the Irish offshore is a sorry scene’.

No income, no profit, no change, many shareholders would suggest, when it comes to John Teeling’s Petrel Resources.

But Petrel’s adventures are, once again, a story of ongoing efforts to battle through officialdom in efforts to make a discovery in any of Ireland, Ghana or Iraq that could change the fortunes for shareholders’ investments.

The veteran explorer is nothing if not forthright and he has this year taken to using the chairman’s statement of his various companies as a vehicle for some home truths on the sector – at least as he sees it.

In an extended tale of the woes inherent in targeting high-risk prospects, he saves particular venom for Irish exploration policy.

“Overall, the Irish offshore is a sorry scene,” he opines, lamenting the “20-year” Corrib debacle which “has done serious damage to our international reputation”.

He reserves special derision for the decision to change tax rules for exploration projects. “There is absolutely no logic for doing this. Exploration has found almost nothing. There are no profits to tax.” Ireland has one of the highest failure rates in oil exploration in the world, he says, arguing that “we should be increasing incentives, not diminishing them”.

And he is incredulous at the growing political movement to outlaw all offshore exploration in a country “which is dependent on Siberian gas”. The end result, he says, is years of delay in the planning and approvals process.

So what, then, is the outlook, for his investors? Not great, it appears.

“Oil and gas grassroots exploration has proven to be an expensive experience for Petrel shareholders. There is little interest in the sector.”

Just as well he is not fundraising just now then, isn’t it?