Ireland one, Israel nil in the Intel FDI game 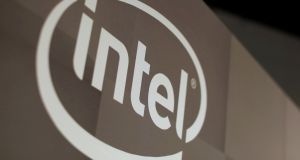 The Israeli investment will be slowed while Intel proceeds full steam ahead in Leixlip, according to business publication, Calcalist. Photograph: Reuters/ Mike Blake

When it comes to attracting investment from microchip giant Intel, Ireland competes fiercely with Israel: Intel has huge facilities in both countries. Of its latest face-off, conventional wisdom in Israel is that the Irish won.

Israeli business media has been ablaze in recent days with rumours that Intel will delay a major new investment planned for its plant in Kiryat Gat, south of Tel Aviv and within range of Gaza rockets.

According to claims first aired in respected business publication, Calcalist, the Israeli investment is being stalled in favour of proceeding with a $4 billion (€3.6 billion) new plant scheme at Intel’s campus in Leixlip, on the outskirts of Dublin.

Intel’s corporate parent says it still plans to complete the investments it has announced for Ireland, Israel and also Oregon in the US. But its recent soft financial results and worries over global chip demand due to the US-China trade row means that it may pull in its horns until the clouds clear.

Calcalist says the Israeli investment will be slowed while Intel proceeds full steam ahead in Leixlip. Among the reasons provided by its sources were that the Irish scheme is going quickly through planning.

That is never a sure thing in this jurisdiction.

Intel’s chief executive, Bob Swan, was grilled by Israeli media on the rumours while on a visit there at the weekend, but he said little.

Reid has failed before to halt development on the site, and an appeal of some sort to An Bord Pleanála had probably been factored in by the company – in fact, Intel has itself appealed one of the planning conditions.

But as the Apple-Athenry debacle showed, one can never be sure of how things will turn out in the Irish planning system. The mood music from Israel may soothe nerves in Leixlip in the meantime.