How burning your old H&M clothes could heat your home 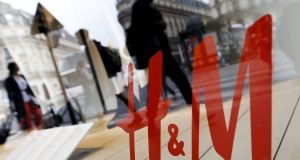 The combined heat and power station in Vasteras, northwest of Stockholm, is converting from oil- and coal-fired generation to become a fossil fuel-free facility by 2020. That means burning recycled wood and trash, including clothes H&M can’t sell.

“For us it’s a burnable material,” said Jens Neren, head of fuel supplies at Malarenergi AB, a utility which owns and operates the 54-year-old plant about 100 kilometers (62 miles) from Stockholm. “Our goal is to use only renewable and recycled fuels.”

While Sweden prides itself on an almost entirely emission free-power system thanks to its hydro, nuclear and wind plants, some local municipalities still use coal and oil to heat homes and offices during cold winter days. By converting old plants to burn biofuels and garbage, the biggest Nordic economy is hoping to edge out the last of its fossil fuel units by the end of this decade. Malarenergi has a deal with the neighboring city of Eskilstuna to burn their trash, some of which comes from H&M’s central warehouse in the same city. The refuse wasn’t specified as clothing until it was highlighted in a Swedish national television program on Tuesday.

“H&M does not burn any clothes that are safe to use,” Johanna Dahl, head of communications for H&M in Sweden, said by email. “However it is our legal obligation to make sure that clothes that contain mold or do not comply with our strict restriction on chemicals are destroyed.”

The Vasteras plant burned about 15 tons of discarded clothes from H&M so far in 2017, compared with about 400,000 tons of trash, Neren said. Malarenergi has deals with several nearby cities to receive rubbish and even imports waste from Britain to fuel its main boiler. The facility, which supplies power to about 150,000 households, burned as much as 650,000 tons of coal at its peak in 1996.

On Tuesday, the last coal ship docked in Vasteras to supply the plant’s two remaining fossil-fuel generators from the 1960s with enough supplies to last until 2020. That’s when a new wood-fired boiler will be added to supplement the facility’s existing biofuel and trash burning units.