No blackouts during two-hour alert, but a low reserve of power should be addressed 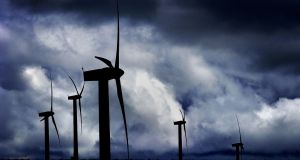 Electricity suppliers were stirred but not unduly shaken by the amber alert issued by the market operator this week. These events do occur, they acknowledged, but an increase in their frequency could have consequences, including scaring off some potential overseas investors, they warn.

Ireland’s Single Electricity Market Operator issued the alert for 4pm to 6.05pm on Wednesday. It meant that, while there was enough supply to meet the estimated 5,200 mega watts of power we were using at the time, there was a less than ideal amount in reserve should something go wrong.

In other words, if a big power plant had to stop operating suddenly, it could possibly have forced blackouts in some areas. That did not happen, nor has it done so during previous amber alerts.

The State’s two interconnectors were also exporting 700 mega watts to Britain, where a similar squeeze pushed up electricity prices. The recent loss of two peat-burning plants in the midlands, with a combined capacity of 240 mega watts, added to the pressure .

Any of these factors could be at play at any one time, but it is rare enough to have them all happen at once. The warning highlights the challenges the system faces as it copes with growing demand and the need to meet ambitious greenhouse gas reduction targets.

Proposals for a lot more wind power and some solar energy will help us meet those targets, but relying heavily on those sources means relying on the weather. As demand continues increasing, momentum for the construction of at least one more gas-burning plant to help anchor the system could grow.