DCC expands US footprint with deal for United Propane Gas 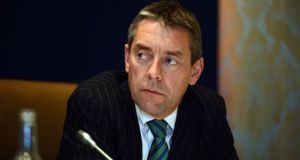 The deal is DCC’s largest acquisition in LPG since entering the US fuel market in April 2018.

Together with a recent smaller bolt-on acquisition completed in Colorado, the combined enterprise value of the transactions was $145 million (€118 million), the company said.

The consideration was paid in cash on completion from DCC’s own resources. The acquisitions will be earnings enhancing from completion and the after-tax cash payback will be about nine years.

UPG markets, sells and delivers LPG and related products and services to residential, agricultural and commercial customers in 13 midwest and southern states, with a strong presence in Kentucky, Tennessee and Alabama.

Headquartered in Paducah, Kentucky, the business employs about 360 people, has more than 110,000 active customers and sells about 120,000 tonnes of LPG annually from 80 operating locations.

About two-thirds of annual volume are sold to residential customers, with the balance sold to agricultural and commercial customers. UPG’s operations are well invested and largely contiguous to DCC LPG’s existing operations.

DCC described the deal as “a further significant step” in the execution of its strategy to build a business of scale in the growing US LPG market.

The acquisition will expand its LPG presence in the US from 14 to 21 states, and will almost double its customer base to more than 230,000 customers. The combination will create the sixth largest business in the US LPG market.

DCC chief executive Donal Murphy said the acquisition was “another exciting development” for the company, and was “consistent with our ambition to build a substantial presence in the global LPG market”.

“Since our initial entry into the US LPG market in April 2018 we have now committed approximately $445 million of acquisition capital in building DCC Propane into the sixth largest business in the market,” he said.

“Building a business of scale in the US LPG market provides DCC with a strong platform to provide our customers with their energy needs now and into the future.

“Following the acquisition of UPG we have a business of real scale with a presence in 21 states, employing over 800 people and serving the energy needs of over 230,000 customers.

“Notwithstanding this growth, the opportunity for further expansion remains significant and UPG will further enhance our platform for development in the large, highly fragmented, and growing LPG market in the US.”