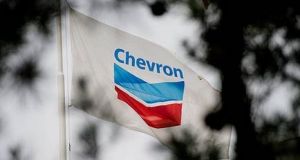 The Anadarko deal will strengthen Chevron’s position in US shale oil production in the Permian Basin of Texas and New Mexico. Photograph: Getty Images

Chevron, the second largest US oil and gas company, has agreed a $50 billion (€44bn) deal to buy Anadarko Petroleum, one of the country’s leading independent producers, in the most significant move towards consolidation in the industry in the period of weaker oil prices that began in 2014.

The deal will strengthen Chevron’s position in US shale oil production in the Permian Basin of Texas and New Mexico, which it has been betting on as a strategic priority for expansion. It also brings the group more assets in deep water oil and liquefied natural gas (LNG) , including Anadarko’s important new development in Mozambique.

The acquisition is expected to deliver cost and capital savings worth $2 billion a year.

Michael Wirth, Chevron’s chief executive, said in a statement: “The combination of Anadarko’s premier, high-quality assets with our advantaged portfolio strengthens our leading position in the Permian, builds on our deep water Gulf of Mexico capabilities and will grow our LNG business.

“It creates attractive growth opportunities in areas that play to Chevron’s operational strengths, and underscores our commitment to short cycle, higher-return investments.”

The terms of the deal mean Anadarko shareholders will receive 0.3869 shares of Chevron and $16.25 in cash for each Anadarko share, valuing the equity at a total of $33 billion.

The total enterprise value of the deal, including Anadarko’s debt, is $50 billion.

At Chevron’s closing share price on Thursday its offer was worth $65 per Anadarko share, representing a premium of 39 per cent.

Mr Wirth also said Chevron would still go ahead with Anadarko’s LNG development in Mozambique in spite of its difficulties with gas mega-projects Gorgon, and Wheatstone in Australia, which went have gone over-budget and are behind schedule.

Mr Wirth said the company’s priority had been to get those facilities up and running well, and now that had been achieved it was able to look at other LNG developments, including Anadarko’s planned plant in Mozambique. – Copyright The Financial Times Limited 2019