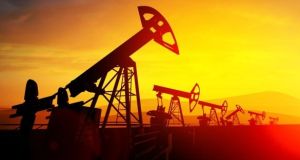 Petroneft Resources has been strengthening its team, building up technical and financial expertise, and engaging a financial adviser with a view to testing the market for its licences. Photograph: iStock

Oil and gas exploration firm Petroneft Resources has “significant potential” in its assets, the company’s new chief executive has said.

David Sturt also promised more proactive communication with the market and the company’s investors, and said it had begun talking to companies about its licences.

Mr Sturt said he had spent time in Tomsk reviewing the organisation and its assets.

“While past performance has been mixed, some significant operational lessons have been learned and as we look to improve the company’s performance we will be sure to integrate these into our operational plans,” he said.

The company, which operates in the Tomsk Oblast, in the Russian Federation, has had some success at one of its licences in the area, which would increase its reserves, Mr Sturt said.

Meanwhile, the firm has been strengthening its team, building up technical and financial expertise, and engaging a financial adviser with a view to testing the market for its licences.

Mr Sturt said Petroneft was currently talking to a number of companies regarding its licences, but the process was ongoing. “I am very pleased with the level of interest and the calibre of companies that we are currently talking to,” he said. “Over the past 12 months the asset acquisition market in Russia has seen increased activity, especially for the larger domestic companies. This gives us reason for optimism about a positive outcome.”