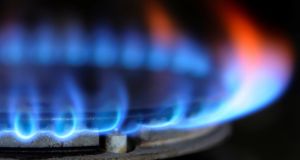 In the last seven years, the number of energy providers in the UK has soared by 421%. Photograph: Reuters/Nigel Roddis/File Photo

British Gas owner Centrica has warned over a hit of about £70 million (€79 million) from the incoming energy price cap as it revealed another 370,000 customers have quit the supplier.

Britain’s biggest energy provider said the earnings impact will be taken in the first quarter of next year, with the cap coming into force on January 1st.

It said that while the ongoing impact of the cap is in line with previous forecasts, the regulator’s recent revisions to calculation changes meant it would take the one-off earnings hit in the initial period after the cap comes into effect.

British Gas lost another 372,000 gas and electricity accounts in the four months to the end of October as households switched suppliers amid intense competition and after the provider announced its second price hike this year in August.

Shares in FTSE 100-listed Centrica tumbled 7 per cent on the news. It said its customer account losses also came as it moved customers off standard variable tariffs (SVTs) ahead of the price cap.

British Gas has 3.1 million customers on its SVT, down from 4.3 million at the start of the year, and it expects this to reduce further to below 3 million by the end of the year.

Centrica said that despite “competitive trading conditions”, it expects to deliver 2018 results in line with forecasts, with underlying earnings set to be higher than in 2017.

Energy regulator Ofgem recently confirmed the price cap will start from January 1st and will initially be set at £1,137 (€1,284) a year for a typical dual fuel customer paying by direct debit. It will save households around £76 per year on average, with those on the most expensive tariffs saving £120.

But Ofgem added it is likely to announce just a month later that the cap will be increased, to take effect in April, as wholesale energy costs have risen “significantly” over the past year and continue at the same pace.

The cap will put pressure on suppliers, many of which still have swathes of customers on poor value SVTs.

SSE and npower recently announced they were renegotiating the terms of their planned merger due to the incoming cap.

On Centrica’s customer woes, CMC Markets analyst David Madden said: “The group is now losing customers at a faster rate, and that has rocked investor confidence.

“In the last seven years, the number of energy providers has soared by 421 per cent. Centrica is a part of the old guard, and now new firms are nipping away at their customer base.” - Reuters