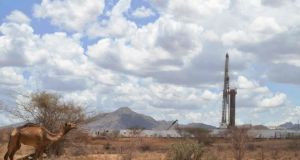 South Africa’s tax agency is investigating local billionaire Christo Wiese and former executives at law firm ENSafrica for their role in obstructing the collection of 3.7 billion rand ($279 million) in taxes, according to a report in the Financial Mail.

ENSafrica created a tax structure to help pan-African crude-oil explorer Tullow Oil shift assets valued at 3.9 billion rand out of the country, dodging taxes in the process, the Johannesburg-based magazine said, citing papers filed by the South African Revenue Service (SARS) in the Western Cape High Court. The story was written by journalists at the amaBhungane Centre for Investigative Journalism.

SARS claimed ENSafrica restructured Tullow, leaving it in charge of a South African company that was a tax shell, and then sold this on to Mr Wiese and his Titan group, the magazine reported. Mr Wiese then allegedly moved assets out of the company and sold it to a former ENSafrica executive who told the tax agency there weren’t any assets or cash to claim, it said.

Tullow refused to comment except to say that it acquired acquired Energy Africa in 2004 and then in 2007 carried out a group-wide restructuring of which the ENS transaction was a part.

SARS wants Mr Wiese and three others - including a former ENSafrica executive - to pay 217 million rand personally as part of its broader claim, the Financial Mail said.

SARS can’t comment on the affairs of taxpayers, it said in an email. Tullow declined to comment.

An entity related to ENSafrica bought one of the group companies involved in the Tullow restructure in 2007 and this was subsequently sold to Titan in the same year, ENSafrica said in an emailed statement.