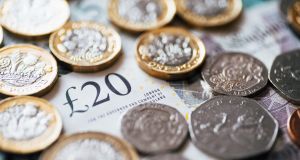 British inflation unexpectedly struck a six-month high in January, pushed up by higher petrol prices and a smaller-than-usual drop in airfares, official data showed on Wednesday.

Consumer prices rose at an annual rate of 1.8 per cent compared with 1.3 per cent in December, not far off the Bank of England’s 2 per cent target, the Office for National Statistics said.

A Reuters poll of economists had pointed to a rate of 1.6 per cent. While inflation remains modest by historical standards, the figures hinted at a slightly stronger squeeze on household budgets. The BoE said in January that it expected inflation to run below its target through 2020, bottoming out at around 1.2 per cent in the third quarter of this year.

The ONS also said British house prices rose in December at the fastest annual pace in just over a year, adding to signs of a rebound in confidence in the market following prime minister Boris Johnson’s election victory that month.

“The rise in inflation is largely the result of higher prices at the pump and airfares falling by less than a year ago,” ONS statistician Mike Hardie said. “In addition, gas electricities prices were unchanged this month, but fell this time last year due to the introduction of the energy price cap.”

Fuel prices were up 4.7 per cent compared with a year earlier, marking the biggest rise since November 2018, the ONS said.

A measure of core inflation, which excludes energy, fuel, alcohol and tobacco, rose to 1.6 per cent from 1.4 per cent in December. The ONS figures also suggested more pressure in the pipeline for consumer prices.

Manufacturers’ raw material costs rose 2.1 per cent in annual terms last month, the biggest increase since April and reflecting a surge in precious metal prices, particularly for palladium, which is used making catalytic converters for cars.

The Reuters poll had pointed to a 0.1 per cent fall. Manufacturers increased the prices they charged by an annual 1.1 per cent compared with a forecast of a 1.0 per cent rise.

The ONS also said house prices in December rose by an annual 2.2 per cent across the United Kingdom following a 1.7 per cent rise in November, marking the strongest rise since November 2018.

“Annual house prices grew across all regions of the UK, the first time this has happened in nearly two years, with London seeing its strongest growth since October 2017,” Mr Hardie said. Prices in London alone rose by 2.3 per cent. – Reuters