Trade turmoil, whiskey rows, and why poker can make you a better investor 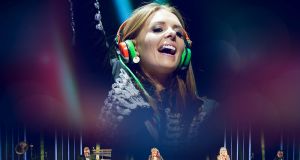 The latest play in Donald Trump’s high-stakes gamble on a tariff war with China saw the US president claiming that Beijing is seeking talks on a deal to end a trade war that has spooked financial markets and stoked fears of a global economic slowdown. It comes as the world’s largest wealth manager has turned bearish on stocks, fearing that the latest escalation of the trade fracas between the US and China poses a heightened threat to global markets.

Gayle Killilea’s lawyer is asking the judge in her husband Sean Dunne’s American bankruptcy trial to block an order from a different court compelling Killilea’s financial adviser to provide details of the couple’s finances, including the transfer and sale of Walford – once Ireland’s most expensive home.

The Irish Whiskey Association (IWA) has lodged several complaints with the Food Safety Authority of Ireland (FSAI) about the mislabelling of certain whiskey products, a trend it says is damaging the reputation of the industry here. Eoin Burke-Kennedy reports on the growing row amongst the Irish whiskey community.

KBC has moved to clarify that it has no intention of challenging complaints connected with tracker mortgage issues made to the financial watchdog that fall outside prescribed time limits.

Records audiences at the 2018 Galway International Arts Festival led to box office revenues rising 43.5 per cent to €1.93 million last year. The festival featured an expanded programme and broke the quarter of a million attendance for the first time with 252,748 attendees at over 200 events across 32 venues.

Back to gambling and could poker make you a better investor? Proinsias O’Mahony reckons that, like poker players, investors should learn to think in terms of probabilities. Meanwhile, Fiona Reddan looks at the pension pitfalls faced by those changing jobs and explains why taking charge of old pensions can be as key as managing your current one.