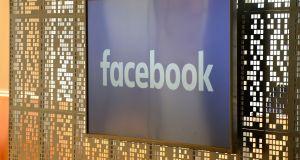 Facebook recently said it would no longer book global revenues through Ireland. It won’t be the only one. File photograph: Cyril Byrne/The Irish Times

Multinationals may have received a slight reprieve when it comes to giving the Irish authorities more information than they’ve ever done before. But it’s only a temporary pitstop on a project which is now gaining speed.

Late last month, the Revenue Commissioners extended the deadline by which the first country-by-country (CbC) reports by Irish multinationals based in Ireland must be filed from the end of this year until February 28th, 2018. According to figures from Revenue, about 160 entities in Ireland will be expected to file CbC reports.

The move ultimately marks another step in the OECD’s BEPS project, aiming to shut down global tax avoidance strategies, and the slight delay doesn’t change the fact that big changes are on the way.

Joe Tynan, head of tax with PricewaterhouseCoopers, notes multinationals are likely to be “nervous” ahead of the changes, and are unlikely to see any advantage in filing ahead of the new Revenue deadline.

After all, the new rules – setting out eight critical bits of information, including profits, employees and income tax paid – will give tax authorities in about 100 countries greater visibility than ever before on just how multinationals are arranging their tax structures on a CbC basis.

The new regime is all about aligning where companies make real decisions, and where they post their profits. If companies are reporting really high profits in a jurisdiction where they have no employees then that’s unsustainable (under the new rules), and conversely, if a company has no profits, but lots of employees in a country, that will also raise questions.

It’s why we’re seeing action from the likes of Facebook, which recently said it would no longer book global revenues through Ireland. And it won’t be the only one. Behind the scenes, you can expect many more are beavering away.

However, politicians need not fear a sudden collapse of tax revenues flowing out of Ireland. While there will be some outflow, the scale shouldn’t be exaggerated.