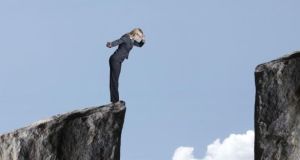 The gender pay gap in Ireland is widening instead of closing, according to a new study.

PwC’s latest Women in Work Index, which analyses the representation and welfare of women in the workplace across 33 Organisation for Economic Co-operation and Development (OECD) countries, found the pay differential between men and women here rose from 5.9 per cent in 2017 to 7.5 per cent in 2018.

However, the gap in Ireland was considerably narrower than in many other countries and half the OECD average. In Germany it was over 20 per cent, while in the UK it was 16.8 per cent.

Ireland recorded the biggest decline – along with Estonia – in the overall rankings, falling by four positions to 14th mainly because of the widening pay gap.

The female labour force participation rate here was put at 67.4 per cent in 2018, though this figure is higher than the rate calculated by the Central Statistics Office (CSO), which puts it at 56 per cent.

PwC’s report, which was released to coincide with International Women’s Day, suggested that increasing the female employment rate in Ireland from 53 per cent to match that of Sweden (69 per cent) could boost GDP (gross domestic product) in Ireland by 13 per cent or $53 billion.

It also noted that closing the gender pay gap in Ireland could boost total female earnings in Ireland by 8 per cent or $3 billion.

“It is disappointing to see Ireland’s overall ranking fall, and is largely due to a widening of the gender pay gap,” PwC Ireland’s Ger McDonough said.

This year’s index has Iceland and Sweden retaining their top two positions for the fifth year in a row, with Slovenia in third place. The report said closing the gender pay gap across the OECD could boost female earnings by over 21 per cent, which translates to over $2 trillion,

“Across the OECD, although progress has been made, the rate of improvement is still slow despite the prospect of huge economic gains from increasing female participation in the workforce,” Mr McDonough said.

1 Working from home: New costs, new stresses and little relief
2 Joint accounts: if one of us dies, can the other access the money?
3 Electrical contractors fear closure under new pay law
4 We are ‘sale agreed’, but can we go back with a lower offer?
5 HSBC board rethinks overhaul and seeks even deeper cuts
6 Airline stocks take off as coronavirus worries ease
7 Investor alleges fraud over collapse in property fund value
8 DAA offers workers up to two years’ wages in redundancy plan
9 Fierce debate brews as EU Commission lays out recovery plans
10 ‘I’ve so many outgoings with family life . . . it puts manners on you’
Real news has value SUBSCRIBE