Employment Incentive and Investment Scheme criticised by firms and investors 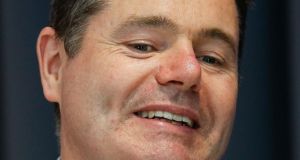 The Department of Finance said it may consider overhauling the State’s flagship enterprise incentive scheme, which is facing criticism from companies and investors who complain it is a “mess” and bogged down in administration.

The Employment Incentive and Investment Scheme (EIIS), which provides tax breaks to investors and succeeded the Business Expansion Scheme (BES), has provoked a stream of complaints recently to the Department and to Revenue.

Industry sources estimate up to 50 companies have failed to get EIIS certification this year after Revenue tightened the rules for tax relief for investors. Some affected companies told The Irish Times it risks scuppering their fundraising plans.

Revenue said the official rejection count was 18 at the end of May, but investment sources say scores more are effectively being locked out because of hold-ups in dealing with the tax authority.

About €110 million was raised by growing businesses under the scheme last year, up 46 per cent on 2015. One industry source predicted less than €30 million could be raised this year. About 260 companies raised cash last year, but only 55 did the same so far this year, a 50 per cent decline in the run rate of approvals.

GBER rules two years ago disqualified businesses over seven years old from the scheme, unless their original business plans stated they would raise money under State incentive schemes in future years.

To cope with this, Revenue last year accepted declarations from company directors saying they had always intended availing of State schemes.

Since January, however, sources say Revenue has refused declarations, and is rejecting companies over seven years old unless they produce original business plans stating the sought intentions.

This has locked swathes of the SME community out of the State’s flagship enterprise scheme. Several sources said it has been raised between State agencies such as Enterprise Ireland, Revenue and the department.

A short-term solution might be for Minister for Finance Paschal Donohoe to define in his October budget speech the criteria acceptable for EIIS approval. Another source said to make EIIS “fit for purpose”, the Government needed to overhaul it outside of GBER rules and send this to Brussels for approval.

Enterprise Ireland highlighted a “need to continue to periodically review the effectiveness of this and other schemes to ensure we remain internationally competitive”.

Revenue said tax policy is a matter for the department, which said EIIS is a “success”. The department said it would consider asking Brussels to approve a new scheme “if there is evidence of persistent difficulties”.