How Britain and France’s economies match up

Both France and Britain claim to be world’s fifth largest economy. Who is right? 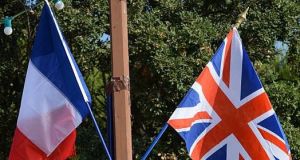 Unemployment is considerably lower in the UK than in France. The latest Eurostat figures show the jobless rate at 4.4% in the UK against 9.5% in France

Emmanuel Macron and Theresa May may be trying to take their countries down very different paths, but on one issue they sound remarkably similar. Both the passionately pro-European French president and the prime minister intent on the UK’s exit from the EU have doubled down on their economic claims – or, to be precise, the same economic claim.

“Today we are the fifth economic power in the world,” Macron proclaimed in a presidential debate last month.

That may be news to May, who boasted in last month’s Conservative manifesto that “we are already the fifth largest economy in the world”.

Who is right, May or Macron? How do their economies compare in terms of performance and prospects? And who should be cheering: the frogs or les rosbifs?

When the likes of Macron and May lay claim to the fifth position in the global league table of economic power, they are talking about gross domestic product (GDP)t measured at current exchange rates.

For 40 years, France and Britain have been very close on this measure. Which country leads on this count is usually determined not by fundamentals but by fluctuations in the strength of the pound against the euro or franc (before 1999).

On the basis of the latest International Monetary Fund forecast for 2017, Britain is marginally ahead, but a 1.5 per cent fall in sterling – less than the slide over the past month – would reverse the positions.

This measure of GDP is not a good representation of how much economies produce; economists and international organisations prefer to compare economies at an exchange rate based on what money in each country can buy.

On such a basis, known as purchasing power parity (or PPP), the UK again comes out slightly ahead, by 2.5 per cent, but both Britain and France are overtaken by India, Russia, Indonesia and Brazil, putting them in ninth and tenth places respectively.

People’s living standards are measured not by total GDP but by GDP per head which, given the similar size of the British and French populations, is also very close (at PPP exchange rates) at $42,481 in the UK last year and $42,314 in France, according to the IMF.

The OECD has compiled a more illuminating measure that concentrates on how much people actually have to spend. This suggests France is very much in the lead on living standards, with average household disposable income (in 2013) of $29,759 compared with Britain at $26,687.

Since inequality in Britain is significantly higher than in France, most people’s living standards will be higher in France than the UK, but the richest people are likely to be better off in Britain.

Britain likes to think of the French labour market as sclerotic, weighed down by rules such as a 30-hour week and restrictions on firing. There is little doubt that greater UK labour market flexibility has produced higher employment. According to OECD figures, the UK’s employment rate of 73.7 per cent at the end of 2016 compared with France’s level of only 64.1 per cent.

Unemployment is also considerably lower in the UK than in France. The latest comparable Eurostat figures show the jobless rate at 4.4 per cent in the UK against 9.5 per cent in France.

How many people are employed matters for economic performance. But their productivity is just as important. The output produced by an average French worker is much higher than that of a British worker. In fact, a typical French person needs to work only Monday to Thursday to produce as much as a British person who is working Monday to Friday.

Britain likes to boast that, as the Conservative manifesto put it, the UK is “the biggest recipient of foreign investment in Europe” – supposedly an indicator of the strength of the economy.

According to the OECD’s latest authoritative figures, May’s party need not have confined their claim to Europe. The UK was the world’s favourite location for foreign investment in the fourth quarter of 2016. But, as the OECD also noted, FDI is a measure of money flows, not foreign companies moving to a location and building a factory or setting up an office.

The UK’s strong position in 2016 was heavily influenced by the $100 billion (€89.5bn) Anheuser-Busch InBev acquisition of SABMiller late in 2016 and other purchases of UK-based companies in the wake of the Brexit vote. Some such acquisitions were prompted by the fall in the pound, which lowered the price of British assets to foreigners.

The UK is not always ahead on measures of FDI, but that has been the norm in recent years.

The conventional wisdom is that France and Britain have very different economies, with France dominated by agriculture and industry, and Britain’s post-industrial economy much more reliant on services.

Yet the similarities between the two countries dwarf the differences. In both cases the services sector produces nearly 80 per cent of output – the highest level in the OECD (apart from tiny Luxembourg). These days neither Britain nor France secures much of its income from agriculture, forestry or fishing.

The finance sector is more important for the UK economy, representing 7 per cent of output against 4 per cent in France. Conversely, the sector made up by public administration, health and education is bigger in France at 23 per cent, compared with 18 per cent in the UK.

Over the past decade, France had a shallower recession and a slower recovery than the UK. Since the peak of the last boom at the start of 2008, the UK economy has performed better, growing 3.6 per cent more in total. But this difference is small.

Real wages have grown faster in France and the UK’s performance is flattered by rapid population growth. With higher unemployment, France has more potential to maintain its recovery than the UK. – Copyright The Financial Times Limited 2017

1 Aldi to impose limits as Christmas toys go on sale
2 Fair deal? Family at odds with hospital and each other not so sure
3 Ryanair lags rivals as Covid-19 vaccine hopes buoy markets
4 Monsoon landlords win challenge over creditors arrangement that cut rents
5 Ireland ‘needlessly importing timber’, as industry blames Government
6 Ryanair and Eir the worst for customer service during Covid crisis
7 First look: Is the iPhone 12 Pro the best smartphone out there?
8 Bank of America names new head of EU hub as Brexit looms
9 ‘I hate haggling because I hate when people do it to me’
10 PlanNet21 eyes further acquisitions after buying rival eCom
Real news has value SUBSCRIBE