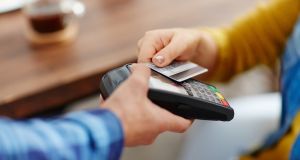 The services sector continued to grow sharply in June, a survey showed on Wednesday, more than making up for weak manufacturing activity, which shrank for the first time in six years over the same period.

The AIB services Purchasing Managers’ Index (PMI) stood at 56.9 in June compared to 57.0 in May, far above the 50 mark that separates growth from contraction, as it has been since 2012, when a rapid recovery in Ireland’s economy began to take hold.

While Monday’s corresponding survey for manufacturers showed that activity fell marginally below 50 due to the slowdown in global trade and uncertainty over Brexit, output in the sectors taken together was unchanged at a solid 54.4. The growth in services, which was driven by stronger demand from customers, was also well above the flash PMI readings recorded in the United States and the euro zone as a whole, AIB chief economist Oliver Mangan noted.

“It suggests the Irish economy is continuing to expand at a good pace, driven by strong growth in the large services sector. Furthermore, firms in the sector remain very optimistic on the outlook for their businesses,” Mr Mangan said. – Reuters