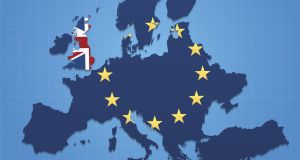 The risk of the UK crashing out of the bloc without a trade agreement “has increased sufficiently to become a relevant rating consideration”, S&P said.

S&P Global, the rating agency, said on Tuesday that the chances of a no-deal Brexit have increased and warned that such an outcome would spark a long recession and a likely reduction in Britain’s credit rating.

The group said its baseline scenario is still that the UK and EU will strike a pact in which the transition period runs through 2020, followed by a free trade agreement.

However, the risk of the UK crashing out of the bloc without a trade agreement “has increased sufficiently to become a relevant rating consideration”, S&P said.

“This reflects the inability thus far of the UK and EU to reach agreement on the Northern Irish border issue, the critical outstanding component of the proposed Withdrawal Treaty,” S&P said.

The S&P report comes just a day after Philip Hammond, UK chancellor, laid out an optimistic budget but said he had provided £2 billion (€2.2 billion )for government departments in order to prepare for a potential no-deal Brexit.

A no-deal Brexit would spark a “moderate recession lasting four to five quarters”, S&P warned. It forecast that the economy would contract 1.2 per cent in 2019 and 1.5 per cent in 2020 in this case.

“After that, the economy would return to growth, although the pace of growth would be moderate,” S&P said. “By 2021, economic output would still be 5.5 per cent less than what would have been achieved in a scenario with an orderly exit and transition period for the UK.”

The labour market would also suffer a blow, with the jobless rate rising from historic lows of 4 per cent to 7 per cent, a level not seen since the wake of the financial crisis, by 2020. House prices, meanwhile, would fall 10 per cent over two years, while inflation would accelerate to a peak of 4.7 per cent by mid-2019.

S&P said in the case of a no-deal its “economic, fiscal and debt, and external assessments would come under pressure”. It added that the UK’s double A rating was “likely” to be reduced. The country was stripped of its pristine triple A rating after the 2016 Brexit vote.

Brexit negotiations have become deadlocked, with questions over how to deal with border between Northern Ireland and the Irish Republic representing a tough sticking point to overcome.

Theresa May, UK prime minister, also faces a significant hurdle in selling any eventual agreement to parliament - with factions in her own Conservative party split on how to proceed.