Mixed picture ahead of Brexit, while Budget 2019 has ‘fairly modest’ impact 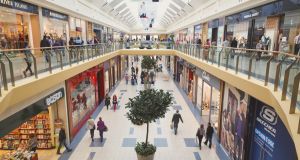 An IrishJobs.ie report has described the labour market as “extremely tight” and said businesses were locked in “a ferocious competition over talent”.

The mood of consumers dropped sharply in October, but sentiment among businesses held up and 44 per cent plan to increase their employees’ basic pay over the next 12 months, according to Bank of Ireland’s “economic pulse” study.

This month’s survey found most Irish businesses’ growth ambitions remained positive, with almost two-thirds of firms looking to scale up their activities in the next one to three years. The picture was mixed, however, with retail and construction companies reporting that near-term economic uncertainty was hurting their outlook.

The almost half of businesses that told the bank they planned to increase employees’ basic pay suggested they would do so by an average of 3.8 per cent.

The findings come as a separate report from IrishJobs.ie showed 23 in 26 counties in the Republic are experiencing growth in job vacancies, with vacancies increasing 4 per cent nationally and 19 per cent in Dublin in the third quarter compared to the same quarter of 2017.

The company described the labour market as “extremely tight” and said businesses were locked in “a ferocious competition over talent”.

Overall, Bank of Ireland’s combined business and consumer sentiment was down slightly on September, but higher than it was a year ago.

Brexit concerns weighed on households in October, while Budget 2019 failed to trigger a boost in consumer confidence.

“As the income tax reductions and social welfare increases were fairly modest, households’ reaction was muted, though there may be more of a bounce when the measures take effect,” said Bank of Ireland group chief economist Loretta O’Sullivan.

“It was really Brexit that hit home for households this month, and with a deal proving elusive and political rhetoric high, consumer confidence was significantly down on last month.”

The consumer mood was found to be the worst in the Connacht and Ulster region, which the bank suggested was related to the stalemate on Brexit negotiations concerning the Border.

Households were more subdued about the economy and the outlook for their personal finances. Some 34 per cent said they thought it was a good time to buy big-ticket items, down from 38 per cent who said the same last month.

Industrial firms are using about 76 per cent of the resources available to them, in line with historical averages, according to the bank’s data. Taken together with indicators such as low unemployment, this points to an economy reaching full capacity, it said.

This typically leads to a building of wage and price pressures, it noted, and a need for careful management of the economy.

Two out of three households expect house prices will rise in the next 12 months, according to Bank of Ireland, although the share of households expecting annual price increases of more than 5 per cent has eased.

The bank’s research, conducted by Ipsos MBRI with more than 1,000 households and 2,000 businesses, feeds into an EU Commission study of sentiment across Europe.