When I moved to London, I didn’t expect this toxic mix of dismissal and disdain 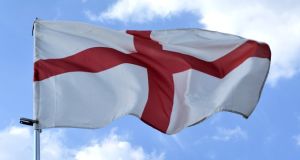 ‘I’ve lived in London for three years. I didn’t expect this toxic mix of dismissal and casual disdain.' Photograph: iStock

Last month, some video footage went viral in Ireland of a group of English men verbally abusing young women at a Dublin housing crisis protest. The men, it turned out, were part of a stag party from Bristol and seemed to be dressed intentionally to look like a cartoon of landed gentry, in tweeds and the loudly coloured trousers widely beloved by braying men of a certain kind.

It would have been a strange incident in any case, these English men who look like relics of the landlord class shouting at young Irish people rendered desperate because of skyrocketing rents, but it was to become more absurd still. After calling the women “scroungers” and demanding to know whether they had jobs, one of the men took the decapitated head of a pigeon out of his pocket and threw it at them.

That particular fact won’t make any more sense the longer you look at it, and yet it goes on being true. I watched the video footage over and over, looked at earnest news headlines that simply read, “The footage shows a man verbally abusing protesters, before the head of a decapitated pigeon is thrown”, but no explanation was forthcoming. Why did the man throw a pigeon head at the protesters? More important, why was he carrying one in his pocket, ready, seemingly, to be launched as soon as a worthy adversary appeared?

But stranger still - or perhaps, upon reflection, not strange at all - was the gap between the English and the Irish when it came to interpreting the Pigeon Incident. While Irish people complained on Twitter about these brash bird-head-wielding English tourists coming to our country and performing their odd little colonial pantomime, sensitive Britons were eager to ask why it mattered that the men were English. They’re just louts, they said. Why does it matter where they’re from? After all, all that occupation business was so long ago.

There was a time once, or so the fantasy went, when “The Irish Question” - as the real landed gentry of two centuries ago liked to refer to the problem of, well, us - seemed more or less resolved. Sure, there were occasional moments of idiocy, like when I made a mistake at work and a colleague responded by putting on a comic Irish accent and doing a bumbling-peasant impression.

Sure, the English still loved to make the occasional potato joke. (You know the one: Ha-ha, you guys love potatoes - remember, the things that all rotted before a million of you died of starvation?) And yes, it was consistently surprising how many English people were shocked and offended to discover that an Irish person might feel some animosity toward their country.

But there was an idea not so long ago, even among many Irish, that it was time to move on. We were all going to be European together forever, after all, and we ought to at least try to smooth over our differences.

Post-Brexit, however, this relatively recent sense of equanimity is being put to the test.

The extent to which many English people are ignorant about Ireland has become painfully clear. Crucial questions about how to avoid a hard border between Northern Ireland and the Republic - a border abolished in the Good Friday Agreement, the reintroduction of which would be inextricably associated with the preceding decades of violence and unrest - remain unresolved, months before Brexit is slated to become official. (Perhaps that’s in part because they were being dismissed as “this Irish stuff” by the likes of the former Conservative Party leader Iain Duncan Smith as late as last winter, even as people on both sides of the border pleaded for a solution.)

Secretary of state for Northern Ireland, Karen Bradley, recently admitted with startling candor that she didn’t know basic facts about the politics of the region where she is in charge: that nationalists - those who seek a united Ireland - won’t vote for unionist parties, and vice versa. Jacob Rees-Mogg, the arcane MP who looks as though he has been extracted from the nightmare of a Victorian child, has suggested bringing back border checks “as we had during the Troubles”.

In the midst of all this, I’ve noticed a tonal shift in the way I and other Irish people speak about the English. Our anger is more sincere. We are more ready to call them out on all those centuries of excess, more likely to object to those pink-trousered, pink-faced dinosaurs who still perceive us as their inferiors.

I found myself genuinely breathless with anger when I read the Conservative MP Andrew Bridgen’s recent comments assuming he would be entitled to an Irish passport post-Brexit. How can it be possible that a member of parliament in 2018 still believes that Ireland is nothing but a resource to be drawn from and discarded at will? I once laughed at their cluelessness. But I don’t find it funny anymore, how they think of us - or often, how they don’t bother to think of us at all.

I’ve lived in London for three years. I hadn’t spent much time in Britain before my arrival and had no particular feelings toward the English. I expected them to react to me with similar neutrality. What I didn’t expect was the toxic mix of dismissal and casual disdain. It would have been easier, perhaps, if it was all as overt as potato jokes. But what kills you is the ignorance; what grinds you down is how much they don’t know about the past and, if they do know, how little they care.

It’s a strange and maddening thing to discover about the people who shaped your country’s fate and who are poised to do so again. Why does it matter that an English man is English when he shouts at Irish protesters? Why did it matter where the men who threw the pigeon head were from? Because England keeps on making itself matter to Ireland, against our will.

Two weeks ago I visited Birmingham while the Conservative Party Conference was being held. All around me were examples of the worst elements of the English ruling class: their solipsism, their hatred of the poor, their amazing rudeness. A man in a boater hat and cravat, drinking Champagne and smoking a cigar, ignored a homeless woman asking for change and then chided me when I gave her some.

Fed up and demoralised, I wandered off to the cinema and saw Black 47, a thriller set during the Famine. In it, an Irish deserter from the English Army returns home to find his family dead and his homeland ravaged as a result of British rule. He hunts down those responsible - the landlords, the judges, the army, the lord in his manor - and metes out fitting punishments.

An older couple next to me in line, both wearing lanyards from the conference, were deciding what to see and asked me what Black 47 was about. “It’s a sort of revenge fantasy, I think,” I replied, “Set during the Famine, the Irish against the English.”

And then, ponderously, more to herself than to me:

Megan Nolan (@mmegannnolan) is a writer of essays, fiction and criticism from Co Waterford. She is currently based in London.