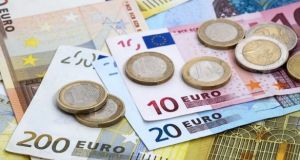 More than 16,000 employers have registered for the Employment Wage Subsidy Scheme (EWSS) over the past week

The Revenue Commissioners have clarified the rules under which small business owners can avail of the new employment wage subsidy scheme (EWSS), following a recent U-turn by the Government.

The new subsidy, announced as part of the July stimulus package, replaces the Temporary Wage Subsidy Scheme (TWSS), introduced earlier this year to help companies struggling because of the coronavirus pandemic.

The Government was forced into a reverse position late last month after initially barring proprietary directors – people who own more than 15 per cent of a business – from being able to access it. The U-turn came after small business owners expressed anger, saying that excluding them from the scheme would leave many of them without any income.

Now the Revenue has outlined the conditions under which proprietary directors will be eligible to participate in the scheme, which pays a flat weekly sum of €151.50 or €203 depending on the normal earnings of the person.

The Revenue says that for small business owners to be eligible for the scheme, proprietary directors must be on the company payroll and must have been paid wages over the year to the end of June. In addition, their company must meet the necessary criteria, which includes having a tax clearance certificate and be facing a 30 per cent slide in business compared to last year.

Also, where a person is a proprietary director of two or more businesses, they can make a claim under only one of them.

And, once accepted, they cannot change the election of the company under which they apply for the duration of the scheme. This could arise where the initial business does better than expected and has to drop out of the scheme but other businesses in which the person is a proprietary director remain eligible.

“Eligible employers who wish to claim EWSS need to register for the scheme in advance of making their submission through Revenue’s Online Service, ROS. Such employers must have an active PAYE/PRSI registration, a bank account linked to that registration and they must also have tax clearance,” said Orla Fitzpatrick, head of Revenue’s medium enterprises division.

Over the last week, she said, more than 16,000 employers have registered for the scheme, with more than 15,000 applications for tax clearance also made.

Revenue reminded employers last week that making an application for tax clearance and registering for the EWSS are separate processes. Both need to be completed before an employer can access the new support.

Employers currently claiming the temporary wage subsidy scheme must register separately for its replacement, as eligibility conditions differ between the two schemes.