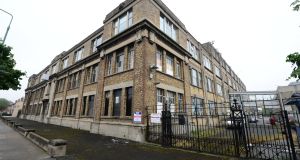 Board inspector Stephen Rhys Thomas found that the property should remain on the vacant sites register. His report recommends that the appeals body tell Dublin City Council that Player Wills remains empty.

Owners of sites on the register must pay yearly levies of 3 per cent of their properties’ market value while the land remains idle. Recent estimates suggest that Players Wills is worth about €100 million.

The borrowers, led by Ciaran Larkin’s Bee Bee Developments, are understood to be seeking to raise the cash needed to repay the loan, allowing them to retake control of the Player Wills factory.

Bee Bee and builders PJ Walls bought the site more than 10 years ago. They subsequently got permission to build 750 apartments, some shops and offices there, but this has since lapsed.

Nama considered selling the property. However, as its value is likely to have increased to the point where it exceeds the debt, Bee Bee hopes to borrow the cash needed to clear the loan and pay off the State agency.

If the developers fail to do this the receivers are likely to go ahead and sell the site to recover the money due to the State agency.

The vacant sites legislation is designed to deter land hoarding and encourage development. It does not apply if a disused property has planning permission.

Mr Rhys Thomas’s report indicates that the receivers pointed out that seeking permission would have been premature as the council was working on a development plan for the area. However, the inspector states that he is satisfied that Player Wills meets the criteria for vacant sites set out in the legislation.