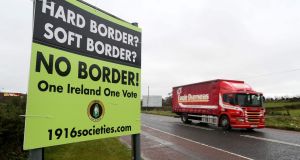 The UK tax authority has written to businesses in Northern Ireland warning them to prepare for a “no-deal” Brexit.

Fears are growing that the British parliament will not back an exit agreement negotiated with the EU by UK premier Theresa May, increasing the risk that the state will leave the bloc without a deal.

HM Revenue & Customs (HMRC), as the tax authority is called, has written to businesses in Northern Ireland that import and export goods to and from the EU telling them to “continue to get ready for the possibility of no deal”.

The letter states that if the business only trades with the Republic it does not need to take any of the steps outlined, but adds that the authority will write again with information on dealing with this jurisdiction.

A “no-deal” or hard Brexit would shut Britain and Northern Ireland out of the customs union, which facilitates the free movement of goods between EU member states.

HMRC says that businesses should immediately apply for a UK economic operator registration and identification number, which they will need to continue trading with the EU and to get authorisations that will speed up customs processing.

The authority also advises businesses to decide if they want to hire agents to make import and/or export declarations for them, or if they wish to do this themselves.If they opt to use agents they should find out now what information these organisations will need from them. If they choose to make their own declarations, they need to buy software for this.

Finally, HMRC says that businesses should contact hauliers or whatever organisation moves their goods to establish if those companies can make safety and security declarations for them, or if the Northern businesses need to make those declarations themselves.

The letter acknowledges that Mrs May has negotiated a withdrawal agreement with the EU designed to ensure a smooth withdrawal in March.

“The deal must now be ratified by both the UK and European parliaments,” HMRC states. “Until this has happened the government will continue to plan for both deal and no-deal scenarios.”