Paradoxically, only hope for UK is to become more European

Wolfgang Münchau: The delusions on both sides of Brexit debate need to be scotched 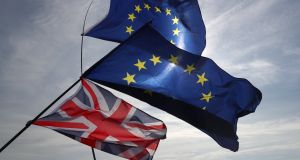 The post-Brexit world will be much less idiosyncratic and eccentric than the outgoing system of a feudal financial capitalism.

Brexit is a traumatic experience for many. Some have invested their entire careers building the UK’s relationship with the EU. Some have spent their lives exploiting the commercial opportunities — or writing about it.

But there is no excuse for clinging on to the serial delusions about the EU that are so widespread in the UK. My favourite is the prediction that the other member states will eventually see the light and stop free movement of labour. Another persistent delusion is that Brexit will be revoked.

Any UK parliamentarians who think they can stop Brexit have either not read, or not understood, the Article 50 exit clause in the Lisbon treaty. After passing the EU (Notification of Withdrawal) Act this year, the UK parliament has no tools left to engineer a reversal. The Brexiters are no less delusional when they believe that they will end up with a good trade agreement.

The British government has two options. Either revoke the decision to leave the single market and the customs unions, the course of action I recommend though I doubt it will happen. Or accept the only deal the EU will offer: a standard trade agreement, with a few add-ons here and there, similar to the one that the EU recently concluded with Canada.

And no, there will be no such thing as single market access for financial services. And yes, there will be a hard border between Northern Ireland and the Republic. It will be the external border of the EU and the customs union.

Grave choices have to be made, but not many. People find it more comfortable to cling to delusions than to discuss the realities of a post-Brexit UK. Leaving the EU has more than just commercial implications: it renders the business model that the UK has pursued since the 1980s obsolete.

That model is unsustainable on so many levels. The UK participated in the EU’s single market, but opted out of other policy areas such as the euro, a common passport-free travel zone and a common immigration policy — the kernels of future political integration in the EU.

The City of London has operated as the financial centre of a monetary union the UK had no intention of joining. The influx of hot foreign money and the immigration of bankers and workers into the UK service industries have driven up growth of aggregate gross domestic product, but not of per-capita productivity. It has an old-fashioned rentier economy.

The symbols of that period were buy-to-let housing schemes or privately owned Airbnb hostels. Those with property assets, final salary pension schemes and inherited wealth benefited at the expense of a growing underclass. One way of looking at Brexit is as a transition past the point where the median voter was either on the losing side of that model, or in fear of landing there.

After Brexit, the model will no longer be viable. Its downfall could happen in one of several ways. One option on the horizon is the hard-left socialism of Jeremy Corbyn’s Labour party. The alternative would be a centrist revolution, similar in scale though different in intent to that being attempted in France by President Emmanuel Macron.

Theresa May began her premiership with positive but vague ideas for a post-industrial future. There is little of that spirit left as her government sinks deeper into the political morass of Brexit politics. But the debate about industrial strategy matters more than the paranoid talk about the size of the Brexit bill or the length of the transition period.

To make the best of Brexit, the UK will need to embrace a more entrepreneurial and innovative economy. The country has an entrepreneurial culture to build on but it will need to make it more inclusive and meritocratic. In such an environment, education and training will have to change, too.

Universities will need to work more closely with industry, as is the case in the US or Germany.

There will be a greater emphasis on transferable skills, which in turn will have far-reaching implications for schools and universities. I doubt, for example, that the UK’s highly specialised A-levels are up to the job as school-leaving exams of the future. And I further doubt that the current rankings of schools and universities are a reliable metric of the qualities that will be needed.

The post-Brexit world will be much less idiosyncratic and eccentric than the outgoing system of a feudal financial capitalism.

Herein lies the ultimate irony of Brexit. For Brexit to succeed the UK will end up becoming more – dare I say it – European. But it is also true that, without Brexit, this would probably never have happened.