A number of domestic candidates had sought position 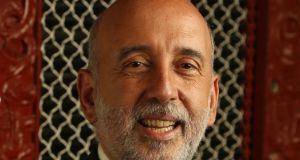 The top official in New Zealand’s treasury department, Gabriel Makhlouf, has been selected as the 12th governor of the Central Bank of Ireland, making him the first overseas official to fill the post in the organisation’s 76-year history.

The Minister for Finance Paschal Donohoe brought Mr Makhlouf’s name to Cabinet on Wednesday for approval. The appointment will ultimately be made by the President, Michael D Higgins, and carry a seven-year term.

Mr Makhlouf, a former top UK civil servant and one-time principal private secretary to then chancellor of the exchequer Gordon Brown, was appointed chief executive and secretary to the New Zealand Treasury in 2011, a role that also made him the Wellington government’s chief economic and financial adviser.

The Department of Finance confirmed the appointment on Wednesday afternoon shortly after The Irish Times first reported the selection.

The vacancy is the result of current Central Bank governor Philip Lane’s appointment last month as the next member of the European Central Bank’s (ECB) executive board, effective from June. Mr Lane is widely expected to be named as the ECB’s chief economist.

“Gabriel has demonstrated his broad and detailed knowledge, of economics, financial markets, monetary policy, and fiscal policy, and has the experience of leading a large and complex public service organisation,” said Mr Donohoe, noting that Mr Makhlouf previously he was chair of the world’s main tax rule-making body, the Committee on Fiscal Affairs at the OECD in Paris, and had also at one stage been responsible for the UK’s government banking service.

Mr Makhlouf will assume the position on September 1st and the Central Bank will have to appoint a temporary governor in the meantime. He was the recommended candidate of a panal that had been set up by the Government to find Mr Lane’s successor.

The position automatically includes a seat at the table at the European Central Bank’s (ECB) governing council, which sets interest rates and makes other monetary policy decisions.

Five short-listed candidates were interviewed for the position last Wednesday, according to sources.

Sharon Donnery, deputy governor of the Central Bank for the past three years, was among the final names and had been widely tipped to become the first woman – and first internal candidate – to take the helm of the institution.

Colm O’Reardon, deputy secretary general of the Department of Health and former economic adviser to ex-tánaiste Eamonn Gilmore, is understood to have been the most senior figure from the civil service to make it to the final stages.

Andrew McDowell, vice president of the European Investment Bank (EIB) in Luxembourg and a former adviser to Enda Kenny when he was taoiseach, was also among candidates and was considered to be a strong contender.

Born in Cairo in 1960 to a Cypriot-British father and Greek-Armenian mother, Mr Makhlouf spent his earliest years travelling as his father pursued a career as United Nations official. The holder of an honours degree in economics from the University of Exeter and a masters in industrial relations from the University of Bath, he began his career in 1984 as a tax inspector.

Mr Makhlouf takes over at a time when the Central Bank is carrying out enforcement actions against the country’s six main home loan lenders in relation to the State’s €1 billion-plus tracker mortgage scandal, with the first fines expected this year.

The regulator has also been preoccupied in recent times by preparations for Brexit, and has reallocated resources to deal with a deluge of applications from firms looking to move activities to Dublin from the UK to retain access to the single market.

The Central Bank’s workforce has expanded by more than 25 per cent to about 1,975 under Mr Lane, even as it faced stiff competition from financial firms for staff, particularly in the areas of risk and compliance in recent years.

Mr Makhlouf is set to join the ECB’s governing council amid growing uncertainty over future monetary policy as signs of a European economic slowdown mount.

Data published on Monday by the European Commission showed that economic confidence in the euro zone declined for a 10th month in April to the lowest level since 2016.

ECB president Mario Draghi moved in early March to push out the prospect of an interest rate increase from the second half of this year to 2020 at least. However, Bank of Finland governor Olli Rehn said in an interview published on Friday by financial newspaper Kauppalehti that he expects rates to remain lower for longer.

Mr Rehn said that the big question is whether the European economy is experiencing a short and temporary phase of slower growth, which will soon be over driven by a recovery in the global economy, or whether it’s headed for a longer phase of slow growth, which would require a clearly more accommodating monetary policy”.