Official statistics show 2.3 million were in labour force as of April 2016 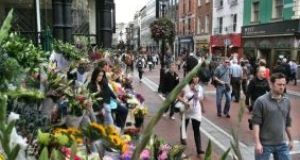 The top occupational group comprised people working in the retail sector, followed by farmers, “other administrative occupations” and nurses and midwives.

The number of people at work in Ireland rose by 11 per cent to more than two million from April 2011 to the same month in 2016, according to new figures derived from Census 2016.

The labour force participation rate fell to 61.4 per cent, however, due to the increase in the number of retired people.

The top occupational group was composed of people working in the retail sector, followed by farmers, “other administrative occupations” and nurses and midwives.