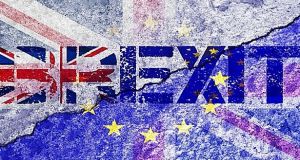 The Central Bank said the final deal was still subject to complex negotiations, which could swing in different directions.

Brexit continues to pose a serious risk to the Irish economy despite last week’s apparent deal on the Irish Border, the Economic and Social Research Institute (ESRI) and the Central Bank have warned in separate reports.

In its latest quarterly commentary, the ESRI highlighted the increasingly uncertain outlook for the UK economy as the chief downside risk to growth here. It noted the recent downward revisions to UK growth, predicated on a stagnation in productivity, and the ongoing flight in investment, pointed to a significant UK slowdown. This could be compounded by the Bank of England’s recent interest rate rise, it said.

The think tank also warned that domestically-owned firms had a much greater exposure to the UK economy than multinationals operating here.

In its latest macro-financial review, the Central Bank also highlighted the ongoing Brexit risk, noting the final deal was still subject to complex negotiations, which could swing in different directions.

Deputy governor Ed Sibley said that while last week’s breakthrough deal reduced the risk of a hard Brexit the outlook for the Republic’s trade with the UK remains clouded with uncertainty.

The Central Bank’s review also noted that a Brexit-related slowdown in the UK economy could negatively affect Irish retail banks’ profitability in the long term, as they continue to have significant exposures in the UK market.

Despite the uncertainty, both the ESRI and the Central Bank said the Irish economy was continuing to perform strongly and would grow by approximately 5 per cent this year and 4 per cent in 2018.

It also forecast unemployment to decline to a post-crash low of 5.4 per cent next year despite a recent upward revision to 6.1 per cent. “The tightening of the labour market and projections for inflation are also likely to result in moderate rises in wages over the period,” it said.

At the launch of its review, the Central Bank also rejected criticism that its overly cautious approach to regulation was hampering the State’s ability to attract post-Brexit business.

“Debates about the bank’s role in promotion and attracting industry are not appropriate in light of what happened during the crisis,” she said.

Her comments come in the wake of a letter from Minister for State with special responsibility for financial services Michael D’Arcy, which highlighted the Central Bank’s “unhelpful attitude” to processing Brexit-related investment.

Mr D’Arcy claimed he had been moved to write the letter, which also criticised the Central Bank’s “unclear processes” for financial firms considering relocating or expanding, after being approached by industry figures on the matter.

Mr Sibley said the Central Bank had been very clear on its approach from the start and “and our approach overall is to make sure we’re operating to European norms”.

“We’ve made sure we have a very clear, very consistent, very transparent approach to authorisation,” he said.

So far, Dublin has attracted some big names in the post-Brexit scramble, including Barclays Bank and JP Morgan but it has also lost out on potential business from US insurer AIG and Lloyds of London.