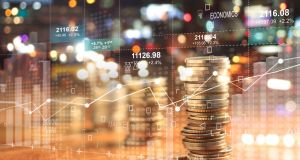 If the US is any guide the UK’s fiscal position is set to deteriorate markedly while the bond market quietly snoozes in the corner. Photograph: iStock 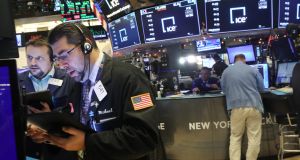 Back in the dark days of the financial crisis Irish taxpayers learned to their cost that policymakers are terrified of bond markets. Bonds do affect pretty much everything.

Bond yields are the most important variable in finance is a mantra often expressed by business school professors. Even longer ago than the crisis, James Carvell, an adviser to then president Bill Clinton, famously mused that in the event of reincarnation he would like to come back as the bond market: “That way you can intimidate everybody.”

He wouldn’t say that today. Bond markets are about as intimidating as a mince pie. The reasons for this are poorly understood and, to the extent we have any ideas at all, they are bitterly fought over.

Bonds do impact on all of us, but in ways that are mostly invisible. Our mortgage repayments and overdrafts are largely determined by bonds. A large chunk of our taxes go towards interest payments on the national debt.

Our own version of the financial crisis was made much worse by the decision to repay senior bondholders the money they were owed by insolvent banks. There are still lots of battles fought over that one.

Doubts about the solvency of many governments, including Ireland, effectively meant that investors stopped buying bonds issued by countries like Greece.

Bond vigilantes, as they are sometimes called, are thought to impose discipline on spendthrift politicians. If you can’t borrow the money the only thing left for a finance minister to do is to print it.

The late, great Douglas Adams once gave a brilliant exposition of “The Quantity Theory of Money” when two of his protagonists (in The Hitchhiker’s Guide to the Galaxy) travel back to prehistoric times. Needing money, they decide the currency of the day is to be the humble leaf: in the blink of an eye the price of a cup of tea rises to two deciduous forests.

In slightly more formal terms, economists are raised to believe that if you print too much money inflation will be the destructive result.

In the economists’ version of fighting the last war, a lot of the debate about the relationship between government borrowing, money and inflation is being rehashed, particularly in the US.

Prominent American politicians like Alexandria Ocasio-Cortez have latched on to the writings of a bunch of academics labelled Modern Monetary Theorists (MMT).

The idea is that governments who can print their own money can never go bust. The main consequence of this not-terribly original insight is the suggestion that government borrowing can and should be a lot higher. Mainstream economists have mostly rubbished all this as old wine in new bottles.

The curious thing about this debate is that its protagonists don’t seem to have noticed that Donald Trump has embraced MMT with open arms.

MMT theories have been used by Democratic politicians to espouse more government involvement in the economy via greatly expanded borrowing.

Liberal (in the American sense) politicians want to spend more while Trump has cut taxes on companies and rich people. The fiscal consequences are the same – massively increased borrowing.

And, contrary to all those dark textbook warnings about inflation, price rises are noticeable only by their absence.

The other dog failing to bark is the bond market. Those vigilantes look to have taken an extended vacation. In fact, markets are falling over themselves to lend to governments and corporations just about everywhere. Recently those markets have actually been prepared to pay the Irish Government for the privilege of lending to the State.

Weird bond markets have turned political orthodoxy on its head. In the US the Republican Party is normally the one to moan about fiscal responsibility. As Trump runs unprecedented deficits for a peacetime economy at full employment, so the fiscal scolds of the ruling party pretend not to notice.

The Conservative party in the UK usually mimics its Republican cousins and, historically at least, lays claim to the virtues of small government and balanced budgets. On both sides of the Atlantic this orthodoxy has been turned on its head.

It seems clear, to me at least, that Johnson is following the Trump playbook almost word for word. The unannounced ditching of fiscal conservatism will be the next shoe to drop, albeit with an emphasis on blowing the budget on spending rises rather than tax cuts.

If the US is any guide the UK’s fiscal position is set to deteriorate markedly while the bond market quietly snoozes in the corner. Indeed, this process has already started.

This could work. Johnson was lucky with his political opponents and is fortunate now to be faced with a quiescent bond market. Things could change but for now he will be able to spend with relative impunity.

This, of course, will be maddening for his enemies: he has found the right policy for the wrong reasons. If he invests in the right areas he may have stumbled upon exactly what the British economy needs. Irony will be found silently weeping.

Even in Germany we see erstwhile fiscal hawks muttering about the need and scope for bigger deficits.

While bond markets remain so supine and many economies so lacklustre there are strong arguments for more spending on infrastructure, particularly of the green variety.