Minimum wage rise in 2016 had little impact on household income 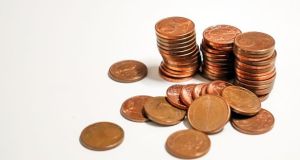 The ESRI found that hourly wage inequality between high and low earners reduced by up to 8 per cent on foot of the minimum wage change. Photograph: iStock

The Government’s decision to raise the State’s minimum wage in 2016 reduced income inequality but had little impact on overall household income, a new study has found.

The research by the Economic and Social Research Institute (ESRI) analysed the impact of a 6 per cent hike in the State’s minimum wage in 2016, which brought the rate from €8.65 to €9.15 per hour.

It found that hourly wage inequality between high and low earners reduced by up to 8 per cent on foot of the change.

However, the study suggested the impact on household income was minimal or non-existent. “This is consistent with previous work which shows that minimum wage workers are often located in households at the higher end of the income distribution and are typically not primary earners within households”, the report’s lead author Paul Redmond said.

“Therefore, the evidence suggests that the minimum wage change was associated with a 4 percentage point reduction in the number of workers earning €9.15 per hour or below,” the ESRI said.

The study also found that the change had knock-on effects on the wages of higher paid workers with increases detected for workers earning up to €11.50 per hour.

While international studies show that minimum wages can reduce hourly inequality, many experts question their effectiveness at tackling overall inequality and poverty.

Donal De Buitléir, chairman of the Low Pay Commission, which commissioned the report, said it provided valuable data on the impact of the minimum wage on the distribution of income in Ireland. The State’s minimum wage was raised to €9.55 an hour in 2018.

A separate study published last year found the 2016 increase did not lead to greater unemployment as some critics had feared.

However, it did find there had been a reduction in the average hours worked by minimum wage employees. This was driven by an increase in the number of part-time workers joining the labour market, the ESRI said.