Martin Shanahan: ‘A Yes vote is good for business’ 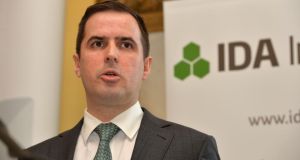 IDA chief executive Martin Shanahan: ‘A Yes vote will say that Ireland is open, inclusive and welcomes diversity, and that would be a very positive message to be sending internationally.’ Photograph: Alan Betson / The Irish Times 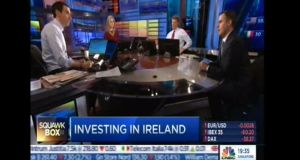 Martin Shanahan sits forward as he speaks. Charged with delivering many thousands of new jobs in the recovering Irish economy, he says every single project is hard won. “It’s a contact sport.”

Shanahan took command of IDA Ireland, the investment agency, last September. As we survey the scene, he says the narrative around Ireland in international business has moved on from crisis.

“Three, four years ago we were explaining the very negative economic and fiscal story based on the property bubble and crash. That has now changed,” he says. “Investors believe that Ireland took very significant and difficult decisions to right the ship and that Ireland has set itself apart in Europe in doing that – and doing that early and coming out the other end.”

If the publication this week of the bullish spring statement indicates the Government is gearing up for the general election, Shanahan says no one in the boardrooms of global commerce has raised the looming campaign with him.

In respect of a more immediate vote, Twitter, an IDA client, was criticised by the No side in the marriage referendum for saying the proposal to allow same-sex unions should be passed.

Asked what he makes of all that, Shanahan is unambiguous: a Yes vote would send a strong international signal.

As an agency, the IDA is “apolitical” and “hasn’t campaigned on this issue”, he says. But “from an Ireland Inc perspective and from an enterprise perspective”, a Yes vote would send out a positive message, he says.

“In my view, a yes vote will say that Ireland is open, inclusive and welcomes diversity, and that would be a very positive message to be sending internationally and I think it is what, internationally, people believe. A no vote, conversely, would send a very negative message which is that we are not open, we don’t welcome diversity and we are not inclusive. So I think it’s very important in that regard.

“It would be good for business. Businesses want to attract all of the talent that’s available to them and . . . certainly the multinational clients that we engage with, they all engage in diversity programmes, inclusiveness, and they want to treat everybody equally.”

Shanahan was head of Forfás, the State policy advisory body, for four years before he took charge at IDA Ireland. He maintained a low profile at the outset, but an encounter on live TV in the United States, with a bumbling presenter who thought Ireland still used sterling, became an internet sensation.

“I think it also points to the fact that we may believe that everybody knows about Ireland . . . It isn’t always the case.”

“Yes,” he says. “Where we’ve gotten to on tax, we’re in a good position. Ireland – both from a rate perspective and a regime perspective – is seen as very stable. When the changes were being announced I think they were well managed. The lead period around the change to the residency rules is long enough for companies to make alternative arrangements.”

In advance of that decision, ranking Irish officials concluded the “double Irish” harmed the State’s international tax credibility. But what did the companies make of it? Was there any negative feedback from investors? “No is the short answer,” Shanahan says.

“We spent – at IDA – a lot of time explaining to investors what the plan was. The long lead time gives companies a lot of opportunity to work through any issues arising. Would some prefer that there wasn’t a change? Possibly. But I think in the overall sense we’ve set out a very clear roadmap and I think it has positioned Ireland very well.”

Although Ireland’s advantageous business tax policy has prompted attack from political leaders on both sides of the Atlantic, Shanahan says the focus is excessive.

“We should be unapologetic about the fact we compete on tax. All jurisdictions compete on tax . . . There is probably an inordinate focus on tax, to be frank, in that it is but one of the reasons that investors choose to go to any location.

“You have to be able to operate in the first instance. You have to have a workforce. You have to find the talent and so on. So tax is but one element. There’s an inordinate focus on it.

“There is huge uncertainty and fluidity in the international tax environment. What Ireland has done is it has set out its stall. It has set out a very clear road map. Investors believe that Ireland is very stable and that it does what it says it is going to do in relation to tax.”

“And it is important to say also at this point that we’re talking about an investigation – and no findings.”

Of the British election next week and the likelihood of a referendum on EU membership if the Tories win, he says there may be a short-term benefit for Ireland.

“A British exit would not be good for Ireland; our nearest neighbour our largest trading partner, very aligned on European policy with Ireland, so it would not be positive,” he says. “The prospect that this referendum is looming has created uncertainty for investors. That’s what investors crave. They want certainty. They want to know what they’ll be dealing with. In the absence of that certainty, companies are scenario planning around what if: what if this were to happen? I think they’re doing that in a very meaningful way.

“The outcome of that may be that some will hedge their bets and Ireland will benefit from that hedging. “

Shanahan spends at least one in every three weeks on the road these days. He was in the US throughout March. Even in Dublin, it’s a 24-7 beat: Asian contacts in the morning; European contacts during the day; and American in the evening.

If IDA Ireland is a principal vehicle for Irish economic policy, the impact of foreign investment is difficult to understate. Shanahan rattles off three figures that point to high dependence on the sector: €122 billion in exports and more than €22 billion injected into the Irish economy through the procurement of goods and services; €8.5 billion of which is payroll.

A new corporate strategy targets a net increase of some 35,000 jobs by 2019 to bring the number working in IDA-backed companies to 209,000. Given the inevitability of job losses, the body would have to land 900 projects in the period to achieve its aim.

To critics who say the IDA doesn’t do enough for Ireland’s regions, Shanahan says it’s not true. “It’s important to state that 59 per cent of all FDI employment is outside Dublin. I’m talking about the current base. There are 174,000 people employed in multinationals in Ireland; 59 per cent of those are outside of Dublin. It’s maybe not always understood.”

The new strategy targets a 30-40 per cent increase in projects in regions outside Dublin, together with a €150 million investment in property to provide ready-made sites for investment.

“And data centres, which are both comms and electricity intensive, are a good example. But, also, water is a key utility, particularly for certain types of manufacturers. So, all of those things: they’re needed if you want to have investment in regional areas.”

In Dublin, which is experiencing a shortage of A-grade office space in the central business district of the city, Shanahan says major projects are due for completion within 18 or 24 months that will alleviate demand. “I don’t believe we have lost any investment due to nonavailability of a property solution,” he says.

1 Ryanair wants Irish courts to block Skyscanner from selling its flights
2 Apple’s cash mountain, how it avoids tax, and the Irish link
3 Who are Ireland’s 17 billionaires?
4 How to . . . move (almost) everything to your new phone
5 Phil Hogan says EU ready to do ‘ambitious’ UK trade deal
6 Help, I’ve no PRSI stamps – can I still get a pension?
7 Nazi-forged fortune creates hidden German billionaire
8 New offices to let in sought-after south Dublin suburb of Blackrock
9 Petrel gets injunction preventing share sales by certain investors
10 Jameson sales continue on the back of growing thirst for Irish whiskey
Real news has value SUBSCRIBE