Is the public sector any good at building houses? 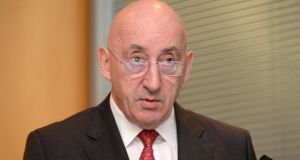 John Mulcahy: “While the public sector is good at lots of things, there’s one thing it’s not very good at, and that’s building of any description.” Photograph: Dara Mac Donaill

The proposed establishment of the Land Development Agency is the latest policy measure by the Government to help tackle our housing crisis. The aim is to free up land under the control of the State to build 150,000 houses over the next 20 years, with funding of €1.25 billion being provided. Some 60 per cent of the land would be for private development, with the balance for social and affordable housing.

Not everybody is convinced by the idea, with Ruth Coppinger, the Dublin West Solidarity TD, calling it the biggest privatisation of State land in our history. She would rather that funding were provided to local authorities to build just social and affordable housing.

Coincidentally, the global non-profit Urban Land Institute was holding a real estate forum in Dublin on Thursday, just after details of the new land agency were announced. More than 200 people involved in real estate from around the world attended the event at the Guinness Storehouse.

One of its speakers was John Mulcahy, chairman of both property fund IPUT and listed residential builder Glenveagh, and a former senior executive of Nama. His view of how to tackle the issue was simple.

“There are some people in the public policy arena who hark back to the local authority housing estate. There is a romantic notion that we should forget about the private sector and give the money to the local authorities and let them start building. All we know is that on this island and our neighbouring island...that while the public sector is good at lots of things, there’s one thing it’s not very good at and that’s building, of any description.

“What I think does work very well, and it works well in the UK, is where the local authority has land and they bring in a private sector developer to develop the land. The gig is they [the local authority] get so much social, and they get so much affordable, and he [the developer] gets the private [housing], and they work out the numbers and you know what everybody’s return is, and that works very well.”