Day one: Lawyers for Ireland argue commission’s view is ‘confused and inconsistent’ 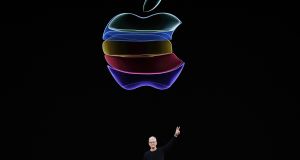 The European Commission’s case that Apple received €13 billion of illegal tax aid from Ireland is “fundamentally flawed”, “confused and inconsistent”, and has shifted over time, the lead lawyer representing the Government told the EU’s second-highest court on Tuesday.

“Ireland has been the subject of entirely unjustified criticism,” former attorney general Paul Gallagher SC, told the EU General Court as it began two days of hearings into appeals by Ireland and Apple against the commission’s 2016 order. “It is the commission that should be criticised.”

Barrister Maurice Collins, also representing Ireland, said the commission’s case had shifted between its initial finding in 2014, the final decision in 2016 and the lead-up to the court hearings in order to build a case rather than follow the evidence.

The commission’s main claim is that Revenue gave Apple an unfair advantage in two “rulings” in 1991 and 2007, which allowed the US technology giant to channel most of its European sales through “head office” divisions of two group subsidiaries in Cork, which were non-resident for tax purposes.

These units are known as Apple Sales International and Apple Operations Europe. Only profits allocated to Irish “branches” within those subsidiaries were taxed in the State.

The Government and Apple argue that because Apple’s products and services are created, designed and engineered in the US, the bulk of the profits of the units are due on the other side of the Atlantic.

“The commission’s conclusion is astonishing,” said Mr Gallagher, adding that “only routine activities” were carried out in Cork and that the Irish offices carried out no research and development activities and held no intellectual property.

Daniel Beard, a barrister for Apple, said the company had made $20 billion (€18.2 billion) of provisions to cover these liabilities before the commission decision, and that it had moved, following US tax law changes in late 2017, to start paying that tax as it repatriated earnings stored in Ireland.

However, the commission contends that all the profits of the two subsidiaries were taxable in Ireland, as the “head offices” had no physical presence or employees outside of Ireland during the period under investigation, between 2003 and 2014.

The second strand to the commission’s case is that even if it were possible to distinguish between the “Irish branches” and the “head offices” within Apple Sales International and Apple Operations Europe, Revenue did not apply proper arm’s-length principle of transfer pricing when it came to working out what taxable profits could be allocated to the Irish branches.

The Government has argued that the commission has sought to use and “retrofit” the OECD’s 2010 general guidelines on transfer pricing to build its case around the 1991 and 2007 rulings when they were not written into Irish law.

“The commission submits that Irish Revenue was obliged to apply the arm’s-length principle,” said Richard Lyal, a lawyer for the commission, on Tuesday.

The appeal stems from an EU investigation instigated in the wake of Apple chief executive Tim Cook telling a US Senate subcommittee in May 2013 that his group paid an effective tax rate of less than 2 per cent in Ireland over the previous decade.

While the commission’s decision is under appeal, the Government last year complied with an order that it collect the €13 billion, plus €1.3 billion of interest, and put it into escrow, pending the outcome of appeals. It is widely expected that the General Court’s ruling, expected as early as the end of this year, will be appealed.