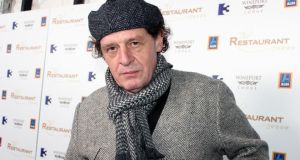 The group which operates the two Marco Pierre White restaurants in Dublin expects to return to profit in the next year after recording a loss of €262,577 for 2018.

The business is ultimately controlled by the Fitzers Restaurant Group, while much of last year’s deficit was attributable to higher management charges paid to Fitzers Holdings Ltd.

The accounts show that last year’s loss came in spite of revenues increasing by almost a quarter to €4 million. It followed a more modest loss of close to €3,000 in 2017.

The directors’ report for the holding company states that the results for the period “were as expected by the directors who expect to recoup losses and see growth in the foreseeable future”.

A note further elaborates on the reason for last year’s loss, stating that “during the year, the group encountered significant once-off costs related to increased management charges in excess of €163,499”.

The note states: “This level of management charge will not occur in 2019. In addition, a charge of €198,955 was charged for depreciation in 2019, this non-cash flow charge will be significantly reduced naturally in 2019 and 2020.”

Separate accounts lodged by Fitzers Holdings Ltd show that last year it charged a management charge of €242,673 to Fitzers Dawson Street Ltd compared to €100,000 in 2017.