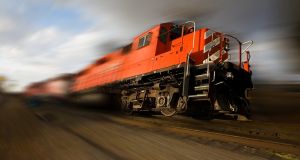 So which is it to be: “hard” or “soft” Brexit? Maybe neither. There is a third possibility that is little discussed but increasingly likely: “train-crash Brexit”. In this version of events, the UK and the EU fail to agree a negotiated divorce. Instead, Britain simply crashes out of the EU – with chaotic consequences for trade and diplomatic relations.

The hard and soft versions of Brexit differ in their attitudes to immigration and the EU’s single market – but they also share one crucial similarity. They assume the EU and the UK will be able to agree an orderly separation.

In fact, there are strong grounds for believing that a well-managed divorce will prove unattainable and that there will instead be a train crash. The reasons for this are both procedural and political.

On the procedural level, the problem is that the negotiations are too complicated to complete in the allotted time. Britain and the EU will have to unpick and then reorder a legal, economic and trading relationship that has been knitted together over the course of more than 40 years. But the two sides will have just two years to achieve and ratify a deal after Britain triggers article 50 and gives formal notice that it intends to leave.

One of Britain’s most experienced Brussels hands thinks the task is unachievable. “We don’t have the administrative capacity to do it,” he says, “and the EU don’t have the focus”. Britain’s ambassador to the EU has privately come to a similar verdict; Sir Ivan Rogers warned ministers that it could take a decade for the UK to negotiate a new trade deal with the EU.

If there was great goodwill on both sides, the negotiations could doubtless be accelerated. But that is where the politics come into it. There is already plenty of simmering ill will on both sides of the Channel.

The British are hoping that, when the talks actually begin, things will calm down. In reality, it is more likely the opposite will happen. The negotiating process will reveal the immense gap between the operating assumptions of the two sides. As a result, mutual acrimony will quickly increase – and talks could break down irretrievably.

The flashpoint is likely to be the EU’s estimate of Britain’s financial liabilities following Brexit, covering everything from money already pledged to the union’s budget to the pensions of retired bureaucrats. The estimates in Brussels are that the UK will be facing a bill of €50 billion-€60 billion .

That figure is likely to be greeted with outrage in the UK. The initial reaction will be to treat the EU’s financial demands as a bad joke or a clumsy attempt at blackmail. But the European Commission, which is running the negotiations, is highly legalistic and will be able to justify its figure. It will not yield easily.

A pragmatic British response would be to try to negotiate the figure downwards and then to spread the payments over decades, thus allowing the negotiations to proceed to the really crucial topic of the country’s future trading relationship with the EU. In reality, however, hardliners in Prime Minister Theresa May’s Conservative party and the British media are likely to make it impossible for the UK government to accept anything close to the financial demands made by Brussels.

As a result, it is entirely likely that Britain will simply stalk out of the talks, after which the matter will go to arbitration at the International Court of Justice in The Hague. The ICJ could take years to reach a decision. But in the meantime the clock will be ticking. With Britain and the EU facing off in the international courts, it will prove impossible to make any further progress on negotiating Brexit.

The anger stoked against the EU in Britain by the budget dispute would also make it impossible for the UK to reverse course and abandon Brexit. A similar hardening of opinion would occur on the European side. And that would probably prevent the EU agreeing to extend negotiations with the UK beyond two years.

As a result, Brexit would happen after two years in the most abrupt and damaging fashion possible: with Britain’s membership of the EU simply lapsing. The consequences of the train-crash Brexit could be dire for the UK economy. Manufacturers, including the crucial car industry, would face tariffs of up to 10 per cent on exports to the EU .

As customs barriers came into place, pan-European supply chains would be disrupted, clogging up ports with paperwork. Britain’s service industries, which account for a much larger share of the economy than manufacturing, would also face big problems. In particular, financial services would lose the “passporting rights” that all UK-based institutions require to do business across the EU.

The position of the British government seems to be to hope the EU will see reason – as defined in London. One UK minister talks of the Europeans still being “in the emotional phase”. Unfortunately, the EU position is driven by political calculation as well as emotion, and it is unlikely to prove a phase.

A senior British civil servant offered a more realistic assessment. “It’s going to be bloody,” he said, “but we’re just going to have to bash on through and get to the other side.” I smiled at that very British evocation of the wartime spirit. It is just a shame that this war is so pointless and self- defeating.