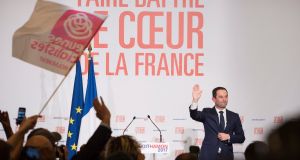 Borrowing costs across the euro area shot to their highest level in at least a year on Monday as regional data suggested German inflation hit a four-year high in January, stoking concerns about an unwinding of the ECB’s ultra-easy monetary stimulus.

However, it was an unexpectedly high inflation figure from the German state of Saxony that triggered fresh selling across euro zone bond markets. Consumer prices in Saxony rose 2.3 per cent year-on-year in January, with preliminary data from several states showing that inflation accelerated in most German regions.

The state readings will feed into nationwide inflation data for Europe’s largest economy, with analysts polled by Reuters forecasting overall consumer price inflation rose to 2.0 per cent in January after 1.7 per cent in December, the highest rate since December 2012.

The European Central Bank officially targets inflation at near 2 per cent, and signs of growing price pressures have stoked speculation that the central bank could start to scale back its ultra-easy monetary policy sooner than expected.

Italy’s 10-year bond yield rose 9 basis points to 2.34 per cent, its highest since July 2015, while Portuguese yields rose to their highest level in about a year .

The chance of one of the two established French political parties regaining power in May’s vote was seen to have diminished after the Socialists on Sunday picked a hard-left candidate and as Conservative leader Francois Fillon battled to contain a scandal over fake pay. “A widening in French bond spreads is very much related to political events,” said DZ Bank rates strategist Daniel Lenz.

Elsewhere, Greece’s two-year bond yield soared to a one-month high at 8.73 per cent on worries about whether the International Monetary Fund will participate in a bailout programme for the indebted country. – Reuters