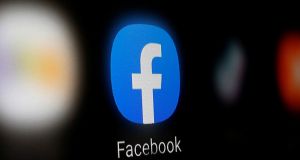 Facebook is due to begin a $9 billion court battle today against US tax authorities in a nine-year row over the use of an Irish hub to facilitate its tax avoidance strategy.

The social media giant is challenging a ruling by the Internal Revenue Service (IRS) that says it should have taxed more of its profits in the US instead of in Ireland. Rather than being prepared to pay more tax, Facebook will argue that it actually deserves a tax refund in the US in reference to its Irish arrangements.

The trial, which is being closely watched by other US multinationals operating in Ireland under tax efficient structures, is scheduled to begin on Monday at a sitting of the US tax court in San Francisco.

The case is rooted in a series of so-called transfer pricing arrangements between Facebook’s US parent and its Irish hub, which were put in place prior to the technology company’s flotation on the stock market in 2012.

Under these arrangements, Facebook’s Irish hub paid royalties to its US parent for the use of the social media giant’s intellectual property. The lower the value Facebook placed on the IP, the less royalties the Irish unit would have to pay to the US. This would leave more profits in the Irish unit where it would face lower taxes, and less in the US where it would have been taxed at 35 per cent.

In 2010, Facebook valued the IP at about $6.5 billion in filings with the IRS. US tax authorities have argued it may have been be worth more than triple that amount, which would hike the royalties due and results in more tax owed by the US parent.

If the IRS’s case is fully accepted by the court, Facebook could be hit with a US tax bill for more than €9 billion.