Economic reasons for rise of populism will not recede

Martin Wolf: the abiding characteristic of populism is its division of the world into a virtuous people on the one hand, and corrupt elites and threatening outsiders on the other 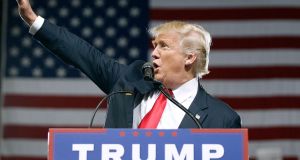 Why has the appeal of populist ideas grown in western countries? Is this a temporary phenomenon? In the wake of Brexit and the election of Donald Trump, the collapse in support for established political parties in France and the rise of the Five Star Movement in Italy, not to mention the surge of authoritarian populism in central and eastern Europe, these are important questions.

What, first of all, is a populist? The abiding characteristic of populism is its division of the world into a virtuous people on the one hand, and corrupt elites and threatening outsiders on the other. Populists distrust institutions, especially those that constrain the “will of the people”, such as courts, independent media, the bureaucracy and fiscal or monetary rules. Populists reject credentialed experts. They are also suspicious of free markets and free trade.

Rightwing populists believe certain ethnicities are “the people” and identify foreigners as the enemy. They are economic nationalists and support traditional social values. Often they put their trust in charismatic leaders. Leftwing populists identify workers as “the people” and the rich as the enemy. They also believe in state ownership of property.

Why have these sets of ideas become more potent? Ronald Inglehart of the university of Michigan and Pippa Norris of Harvard Kennedy School argue that the reaction of older and less educated white men against cultural change, including immigration, better explains the rise of populism than economic insecurity.

This is part of the truth but not the whole truth. Economic and cultural phenomena are interrelated. This study considers immigration a cultural shift. Yet it can also be reasonably viewed as an economic one. More important, the study does not ask what has changed recently. The answer is the financial crisis and consequent economic shocks. These not only had huge costs. They also damaged confidence in - and so the legitimacy of - financial and policymaking elites. These emperors turned out to be naked.

This, I suggest, is why Mr Trump is US president and the British chose Brexit. Cultural change and the economic decline of the working classes increased disaffection. But the financial crisis opened the door to a populist surge.

To assess this, I have put together indicators of longer-term economic change and the crisis, for the G7 leading economies, plus Spain. The longer-term indicators include the loss of manufacturing jobs, the globalisation of supply chains, immigration, inequality, unemployment and labour force participation. The indicators of post-crisis developments include unemployment, fiscal austerity, real incomes per head and private sector credit .

It is not surprising, then, that Canada, Germany and Japan have been largely immune to the post-crisis surge in populism, while the US, UK, Italy and Spain have been less so, though the latter two have contained it relatively successfully.

Thus the rise of populism is understandable. But it is also dangerous, often even for its supporters. As a recent report from the European Economic Advisory Group notes, populism may lead to grossly irresponsible policies.

The impact of Hugo Chávez on Venezuela is a sobering example. At worst, it may destroy independent institutions, undermine civil peace, promote xenophobia and lead to dictatorship. Stable democracy is incompatible with a belief that fellow citizens are “enemies of the people”. We must recognise and address the anger that causes populism. But populism is an enemy of good government and even of democracy.

We can tell ourselves a comforting story about the future. The political turmoil being experienced in a number of large western democracies is in part another legacy of the financial crisis. As economies recover and the shock dwindles, the rage and despair it caused may also fade. As time passes, trust may return to institutions essential to the functioning of democracies, such as legislatures, bureaucracies, courts, the press and even politicians. Bankers might even find themselves popular.

Yet this optimism runs into two big obstacles. The first is that the results of past political follies have still to unfold. The divorce of the UK from the EU remains a process with unfathomable results. So, too, is the election of president Trump. The end of US leadership is a potentially devastating event.

The second is that some of the long-term sources of fragility, cultural and economic, including high inequality and low labour force participation of prime-aged workers in the US, are still with us today. Similarly, the pressures for sustained high immigration continue. Not least, the fiscal pressures from ageing are also likely to increase. For all these reasons, the wave of populist anger is only too likely to be sustained.

If so, those who wish to resist the rising tide of populism have to confront its simplifications and lies, as Emmanuel Macron did in France. As he understands, they must also directly address the worries that explain it. Cultural anxieties are relatively immune to policy, except over immigration. But the economic anxieties can and must be addressed. Of course, politicians can also do the opposite. That is what is happening in the US. That will not end the populist surge, but promote it. This is, no doubt, the intention.