Chartered accountants in the first year post-qualification earned €56,800 on average 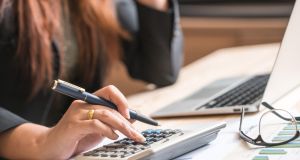 Career progression and prospects appear to be strong in the sector with 45 per cent of respondents reporting promotion in the last three years and 89 per cent suggesting that the jobs market was positive.

“Chartered Accountancy remains the largest single employer of new graduates in Ireland. For these potential Chartered Accountancy students, we are seeing more training vacancies available in businesses and practices across Ireland for graduates of all backgrounds”, said Oliver Holt, chairman of the chartered accountants Leinster society.

Of those surveyed, 68 per cent reported that they work in industry, 21 per cent in an accountancy practice and the remainder in public service.