Ireland vulnerable due to over-reliance on corporate tax – TASC 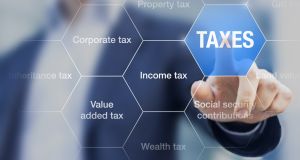 Ireland’s over reliance on its corporate tax regime has been criticised by TASC. (Photograph: iStock)

The think tank for action on social change (TASC) has warned that Ireland is vulnerable to EU and US tax and corporate regulations changes as a result of its over-reliance on a low corporate tax regime.

David Jacobson, DCU emeritus professor of economics, advised that multinational corporations could leave Ireland in large swathes if any alterations to EU or US tax policy are made.

“This is why Ireland should be seeking to develop alternative, indigenous means of generating employment in the advanced technology sectors like pharmaceuticals, computing and electronics,” Prof Jacobson added.

Associate professor at Trinity College Dublin Jim Stewart agreed that having a low corporate tax regime at the core of Ireland’s economic policy is a risky strategy. With a likely reduction of the corporate tax rate in both the UK and the US, huge pressure could be put on Ireland, Prof Stewart added.

Paul Sweeney, chair of TASC’s economist network said that inappropriate tax policies have contributed to three major crises in the country since independence and that because politicians have a poor understanding of taxation, it’s important that governments follow fiscal rules. However, he also said the EU’s stability and growth pact was not fit for purpose.

Addressing a TASC conference on Thursday, Mr Sweeney called for an EU tax agency that would clamp down on tax havens and avoidance schemes used by multinationals.

A report by Mr Sweeney states that the last available figures available show that the Republic’s tax breaks cost €21.35 billion in 2014, more than half the €41.3 billion actually collected in tax that year.

“We do not know how much additional tax is lost thanks to tax avoidance schemes never intended by policymakers,” the report adds.

His report argues that the Government’s extensive use of tax incentives created a situation where there has never been a free market in property in the Republic since the mid ’nineties.

“It is still not fully emerging with so many property subsidies still in existence,” the report, The Problem with Tax Breaks, states.