Dublin workers earn 15% more than those in other counties, CSO study finds 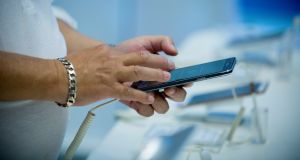 Dublin workers earn on average 15 per cent more than their counterparts in other counties, figures from the Central Statistics Office (CSO) show. They indicate average annual earnings in Dublin last year were €50,801.

The figures, which are based on data from the Revenue, show average weekly earnings across the State were €740 in 2018, an increase of 3.4 per cent on the previous year. This was the strongest level of wage growth recorded in over 10 years and means average earnings here have increased by 9.4 per cent since the low point of the crash in 2013.

The figures, however, reveal big sectoral differences in average earnings.Workers in the IT sector here, which contains some of the largest and most profitable multinationals in the world, continue to command the biggest salaries while those in the hospitality sector get paid the least.

Workers in the information and communications sector had average weekly earnings of €1,244 last year.

This was nearly four times the average earnings of workers in the accommodation and food services sector, who took home on average €347.64 a week. The figures also showed that in 2018 mean weekly earnings in the public sector were €930 while the private sector equivalent was €687.

Commenting on the publication, statistician Morgan O’Donnell said: “After a period of relatively stable earnings from 2011-2015, there have been steady increases in earnings in each of the last three years.”