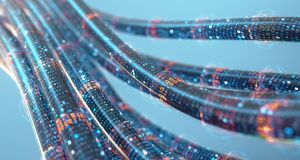 Some €200 million in tax revenue over the next two to three years will be required to pay for the National Broadband Plan, Minister for Finance Paschal Donohoe said on Thursday. The Government has also ruled out Eir’s low-cost approach to the plan as being unfeasible.

Speaking on RTÉ radio, Taoiseach Leo Varadkar stated the reasons why the State has ruled out Eir’s offer. “What they’re offering is not a bid, it is a theoretical alternative. The reason why it’s cheaper is because of high connection charges, reconnection charges and user charges. Customer service will be inferior.”

“It’s like if there’s a car in front of you and it’s 20 per cent cheaper, there’s a reason why. It’s an inferior product,” he added.

Speaking on RTÉ’s Morning Ireland radio programme earlier on Thursday, Mr Donohoe said that in order to pay for the National Broadband Plan, “we will need to find an additional €200 million...across a two to three year period”.

In the context of an economy growing by about 3 per cent a year, he expects that the tax surpluses created over the period to be sufficient to pay for the project.

His comments came after Minister for Communications, Climate Action and Environment, Richard Bruton, said on Wednesday evening that the National Broadband Plan contract will likely be signed later this year. In May, a consortium led by Granahan McCourt, which will trade as National Broadband Ireland (NBI), was awarded preferred bidder status.

Since then, however, Eir threw a spanner in the works by saying it could carry out the plan cheaper than the preferred bidder could. Mr Bruton said that Eir’s proposal was “not a feasible alternative”.

Mr Donohoe echoed those views, saying that Eir’s proposal would not have had the same protections for the taxpayer as the NBI bid. Additionally, he said that Eir would effectively end up owning all of the infrastructure for the roll out of broadband to 1.1 million people.

The rural broadband plan will cost the State as much as €3 billion to about 540,000 premises.

“Work is progressing on finalising the contract for the National Broadband Plan,” Mr Bruton said. “It is crucial that we move to sign the contract so that the one million people who today are without access are not left behind. Digital technology is transforming how we live, learn and work. We must make sure the people of rural Ireland have the same opportunities as those in our towns and cities.”

The National Broadband Plan was first announced in 2012 by then communications minister Pat Rabbitte. It has since been mired by delays and setbacks. At the outset there were five bidders, which has been whittled down to NBI as the preferred bidder.

Last October, former communications minister Denis Naughten stepped down amid controversy over the rural broadband plan after it came to light that he held previously undisclosed meetings with the head of the last remaining bidder.