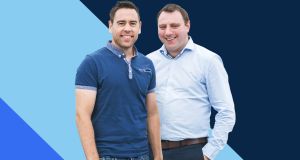 It is better to be the tortoise than the hare. That might seem anathema to tech start-ups seeking to raise as much money as quickly as they can. But the success of Irish elearning specialist LearnUpon shows that taking things slowly pays dividends.

LearnUpon, founded by Brendan Noud and Des Anderson back in 2012, has grown quietly over the last eight years. Before this week’s announcement it was largely unknown by those other than its peers and, more importantly, its customers.

That Noud and Anderson have been busy focusing on building a great business is evident in the fact that Summit Partners, which is no slouch in spotting a winner, has just invested $56 million (€47.4m) in LearnUpon for a minority stake. Securing that level of financing at any time is impressive, let alone doing so during a global crisis, when investors are naturally much more wary of parting with their pennies.

The company founders have largely ignored the hype that goes with being part of the tech scene and even avoided seeking outside investment, having largely grown the business by bootstrapping up to now.

While they’ve enjoyed plenty of success to date, Noud has made it clear that LearnUpon’s journey has only just begun, with plans to become a €100 million revenue company in the next few years.

Even their approach to fundraising shows laser-sharp thinking required to make it big.

“We came into January 2020 deciding that the time was right to do a significant raise. While we had a lot of investment firms knocking at the door because we haven’t done this before, we ran a very tight process and just picked five potential investors we knew were good options,” Noud told The Irish Times.

“The whole process was completed in exactly three months, and we’re delighted to now be part of Summit’s portfolio. They back companies that want to build something meaningful on a global stage, and that is exactly what we’ve been working on for the past eight years.”