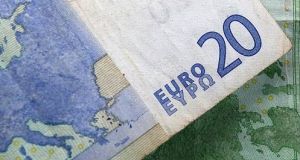 Hotels, restaurants and bars have posted the fastest increase in consumer spending, seeing growth of 9.1 per cent year-on-year.

Speaking to The Irish Times, Philip Konopik, Visa Ireland country manager, said the growth was down to increased spending on the “experience economy rather than on things”.

According to Visa’s Irish Consumer Spending Index, while spending remains modest, the rate of expansion has accelerated over three consecutive months.

Face-to-face expenditure during the same period continued to drop, however, the pace of the fall the slowest so far this year at -0.5 per cent.

Mr Konopik noted that this was a reflection of consumer behaviours.

“By virtue of there being more things available, consumers are just changing their habits. Across Europe, the diversity of how people choose to pay is stark.”

He notes that UK consumers would spend more on eCommerce as a result of the better availability of services like online grocery shopping.

Andrew Harker, a senior economist at IHS Markit, said: “Face-to-face spending moved closer to stabilisation, providing some hope that the high street can start to contribute to growth again in the near future.”

ECommerce spending rose for the third month in a row, with expenditure rising by 8.9 per cent compared to the same month last year. According to Visa, “this trend underlines the growth in popularity of online shopping among Irish shoppers”.

Research released last month by the European Commission showed that the strongest growth in the number of online shoppers across the EU last year was in Ireland. At least 59 per cent of the Irish population made an online purchase in 2016.

One sector which saw a spending reduction was health and education, where spending dropped 2.8 per cent. However, this is believed to be a seasonal decline.

“Visa’s Irish Consumer Spending Index provides further evidence of building growth momentum in household spending following a soft-patch earlier in 2017. There were some encouraging signs from categories that have been under pressure through much of the past year,” said Mr Harker.

Mr Konopik said: “Consumer confidence appears to be increasing again, and that plays into increased consumer spend. We’ve got to the stage where consumers possibly feel like the worst has happened so confidence is slowly returning.”