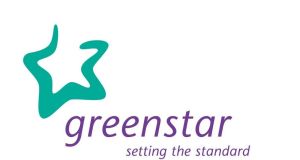 Panda Green’s takeover of Greenstar went to a phase-two investigation by the Competition and Consumer Protection Commission.

Competition regulators ruled on 70 mergers in the Republic in 2016, according to a review published on Friday.

The Competition and Consumer Protection Commission said that 67 mergers were notified to it last year, slightly fewer than in 2015, when it was informed of 78 such transactions.

The commission issued 70 determinations during 2016, clearing all of them, but imposing conditions on two.

Panda Green was required to sell part of the domestic waste collection business it acquired when it bought rival Greenstar.

Private health group Bons Secours agreed not to increase prices for certain procedures as a condition of buying Barringtons Hospital in Limerick.

Among the bigger deals that the commission cleared was the €10 billion Paddy Power Betfair merger, which the Irish bookie notified late in 2015. This was completed in February, creating a multinational with more than €2 billion in turnover.

The commission was notified of five media mergers, including Independent News & Media’s (INM) bids for magazine publisher Greer Publications and the Anglo Celt.

Philip Andrews, head of law firm McCann Fitzgerald’s competition group, said the pace of mergers in the Republic had cooled while $3.3 trillion worth of takeovers had been completed worldwide.

“At the same time, the number of large Irish mergers and acquisition deals, those big enough to require filings in Brussels, increased from three to four,” he said.