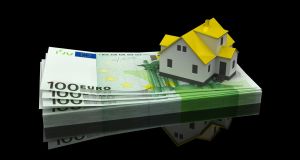 There was a 97 per cent compliance rate with the local property tax last year, figures from the Revenue Commissioners show.

A small number of people remained non-compliant. In a statement, Revenue said it has been left with “no alternative” but to deploy debt collectors as well as other enforcement measures and sanctions to ensure payment.

Some 864 cases were referred to the sheriff while 40 cases went to Revenue’s external solicitors for collection. More than 20,300 tax clearance requests were refused on foot of non-compliance with the tax.

Of these, almost 97 per cent were subsequently granted clearance after mutually acceptable payment solutions were agreed.

Revenue also imposed almost 9,500 income tax and corporation tax surcharges on foot of non-compliance, of which about 70 per cent were subsequently mitigated once payments were received.

More than 11,000 properties had their valuations increased following interventions by Revenue.

Collector-general Michael Gladney said that since Revenue assumed responsibility for collection of arrears of household charges in July 2013, more than €64 million has been collected, bringing 360,000 additional properties into compliance.

“The vast majority of property owners fully comply with their local property tax payment obligations, either in a single payment or with phased payments,” he said.

“As long as payment obligations are being met, Revenue will automatically roll over existing payment methods for property owners who pay by direct debit or by deduction at source from pay/pension.”

The deadline to pay the property tax by debit/credit card or cheque is January 11th. Anyone who wants to pay by electronic cheque must confirm this with Revenue by the same date, and the payment will be deducted on March 21st.