Chris Johns: Tech monopolies are getting away with financial murder 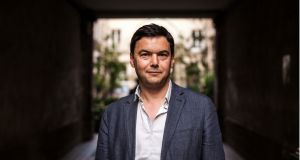 French economist Thomas Piketty has transformed our understanding of inequality via an extraordinary research programme.

Thomas Piketty has transformed our understanding of inequality via an extraordinary research programme that is, among many things, a monumental trawl through centuries of data across several countries. His policy recommendations have attracted controversy but have not yet gained policy traction. Piketty’s calls for greater taxation of wealth and more aggressive redistribution have, for the most part, been ignored by politicians. That, I suspect, may be about to change.

Piketty has just published another book of about the same length as War and Peace. An English edition won’t be out until next March but it is already attracting attention. While covering some familiar ground, Piketty’s latest research offers new thinking and, on occasion, startlingly original descriptions of the way the world looks (or looked). It’s his use of data that marks him out for pure originality and creativity: he tries to establish how things are, rather than how they should be.

A long-standing criticism of economics is that the textbooks describe how things work in theory but bear little relation to reality. Piketty is a leading example of how things are changing, how access to computing power and ever-larger datasets is changing the way economists go about their work.

A completely different book that, in a sense, ends up in the same place as Piketty has been published this month by Binyamin Applebaum, called The Economists’ Hour: How the False Prophets of Free Markets Fractured Our Society. That title gives away the flavour of the book but, whatever your predilections, this is worth a read. It’s shorter and more digestible than Piketty. And also contains many insights.

Applebaum and Piketty, in different ways, explore the idea that economists go wrong when they look for universal truth. Piketty, via his interrogation of data, simply shows that things are not always the same through time and across countries. Context, of various kinds, is always important. Applebaum looks specifically at some of the cherished and deeply-held beliefs of economists that, again thanks to recent advances in data gathering, are not as true as we thought.

For instance, take the minimum wage. Just after the lessons on the basics of supply and demand, and just before the one on the quantity theory of money, economists are taught that the minimum wage is, from the perspective of job creation, a bad thing. The higher the minimum wage the more jobs will be destroyed.

Recent research has thrown up many instances where this is simply not true. And there are plenty of other examples of received economic wisdom turning out to be false. The printing by central banks of trillions of dollars, euro and yen has not had the effects – higher inflation – that orthodox economists said it would.

Applebaum takes us on a journey with Chicago at its hub. He offers a marvellous ride through the evolution of free-market ideas that reached their apotheosis during the Reagan-Thatcher era. We have been living with their consequences ever since: it’s a tide that recedes only very slowly.

Economists have always known that competition is a good thing and that businesses will do whatever they can to avoid it. As a result, the US used to have a set of laws and regulations that meant monopolies were broken up and cartel-like behaviour crushed . However, the rise of the Chicago economists led to an emasculation of American anti-trust rules: policymakers were persuaded by economists that the world worked in the ways the theoretical textbooks suggested.

In the modern era, the key piece of evidence produced by monopolistic businesses is that the consumer isn’t harmed by the existence of giant, uncompetitive companies. Google’s search engine is free, Facebook similarly charges nothing to consumers and Amazon has actually lowered prices across many goods. And so on.

Regulators have, by and large (particularly in the US), bought into this narrative. In the old days of activist anti-monopoly regulation, the key test was about pricing. If monopolies were seen to be gouging their customers, they would face the wrath of the law. Today, with little evidence of consumer harm, monopolies, particularly of the tech variety, have been allowed to get bigger. And to get away with financial murder.

Applebaum says the harm is still there but it is no longer felt by consumers. It’s the workers who have been gouged. Wages have been squeezed. It’s at least a partial explanation of what Piketty has found: inequality’s rise.

In an ironic twist, Piketty’s latest has been approvingly reviewed by Branko Milanovic, another leading inequality researcher, in a blog published by the Stigler Centre of the University of Chicago. That’s named after George Stigler, one of the economists who Applebaum blames for the rise in quasi-religious faith in free, self-regulating markets.

Milanovic notes a key Piketty insight: modern elites are split into two castes: educated ‘Brahmins’ and commercially-minded capitalists. Anyone who doesn’t enter this elite either via education or money is part of the unrepresented left-behind. This latter group is behind the current populist wave. The existence of these groups is startlingly consistent across time and countries.

Something will have to give. Europe does its best: at least one tech firm now has a line item in its accounts labelled ‘EU regulatory fines’. Much more needs to be done.